Russia’s control of global oil and natural gas supplies, and particularly LNG, has progressed with ExxonMobil’s exit from the Sakhalin-1 offshore oil project. 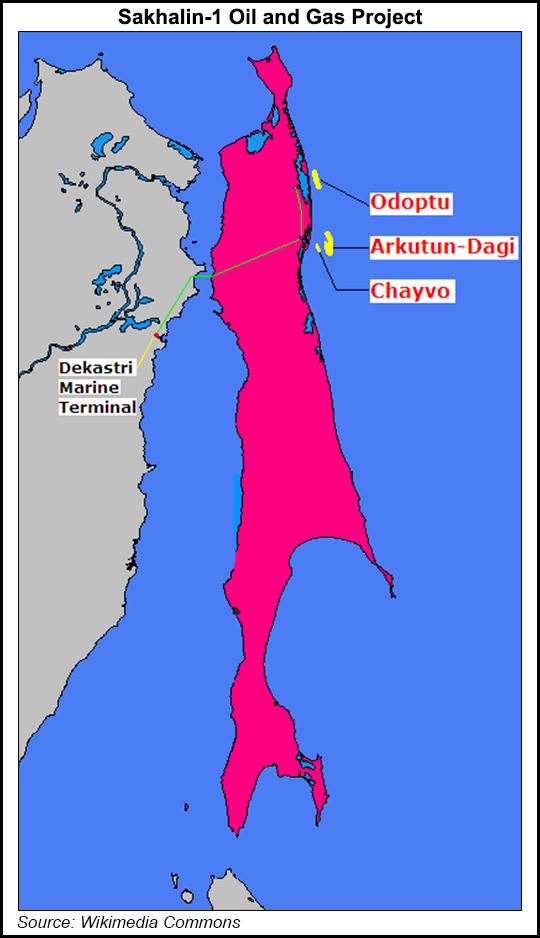 “With its two recent decrees, the Russian government unilaterally terminated our interests in Sakhalin-1, and the project has been transferred to a Russian operator,” ExxonMobil stated.

Although the Sakhalin-1 project is primarily oil production, the takeover of the Sakhalin-2 natural gas project too reflects Russia’s emphasis on controlling liquefied natural gas assets and retaliation for western sanctions since invading Ukraine.

Shell plc, with a 27.5% stake, confirmed it would walk away from Sakhalin-2 with nothing, writing off its value at $1.6 billion.

“Despite the turbulent situation, we have already renewed nearly all the contracts with our long-term buyers, and continue to produce close to 10.5 million tons of LNG/year,” Okhotkin said.

A new shareholder to replace Shell is expected to be named by the end of the year, Okhotkin said at the forum. Independent gas producer PAO Novatek is the top contender. Acquiring Shell’s stake would fit with Novatek’s expressed strategy to increase LNG exports to international markets. Novatek also has plans to deliver LNG to the Kamchatka Peninsula in Russia’s Far East to replace declining imports.

Shell still holds a contract to receive LNG cargoes from Sakhalin-2, but it is uncertain what may happen once its share is sold to another operator. Most of Sakhalin-2’s capacity has been sold under long-term agreements to China, Japan and South Korea.

Russia is looking at other outlets for gas exports. Putin met with Turkey President Recep Tayyip Erdogan in Kazakhstan recently to discuss the possibility of a regional gas hub for Russia to export gas to Europe.

“We could move the lost volumes from the Nord Streams along the bottom of the Baltic Sea to the Black Sea region and make the main routes for the supply of our fuel, our gas to Europe through Turkey, creating the largest gas hub for Europe in Turkey,” Putin said at a conference in Moscow.

“The two countries have spoken of building extensions a number of times, but the U.S. Congress has passed sanctions against these extensions which the Biden administration could still act on,” Foreign Policy Institute’s Maximilian Hess, a Central Asia research fellow, told NGI. “The real issue with the gas hub proposal is who will buy it.

“The Balkan Stream interconnector through Bulgaria to Serbia does allow Russian gas to then flow on to Hungary, but it only has a capacity of 20 billion cubic meters. So even if the hub does go ahead, the amount of gas it could send on to Europe is limited.”