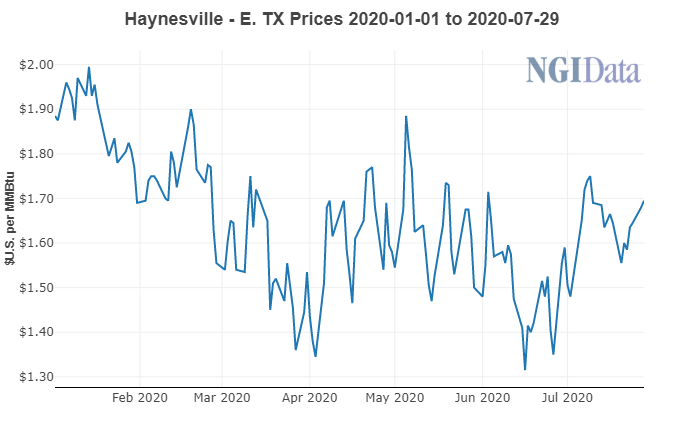 Through a subsidiary, Tokyo Gas agreed to boost its ownership interest to 70% from 46% for an undisclosed amount. Castleton, a natural gas-focused operator with assets in East Texas that also targets the Cotton Valley formation, would then change its name to TG Natural Resources LLC. The deal is expected to close in August.

Tokyo Gas also said it plans to acquire additional oil and gas properties in Louisiana. The additional transaction is expected to increase Castleton production from 296 MMcfe/d to 473 MMcfe/d.

Tokyo Gas has global operations across the natural gas value chain, including production, liquefied natural gas (LNG) procurement, shipping and downstream operations. It’s been working to build out its footprint in North America under a broader strategy aimed at boosting overseas profits.

The company is Japan’s largest provider of city gas, serving more than 11 million customers in Tokyo and the surrounding region.

It owns 130,000 net acres in the Barnett Shale of North Texas and another 34,000 net acres in the Eagle Ford Shale of South Texas. The company also has power generation assets in North America, along with tolling capacity at the Cove Point LNG export terminal in Maryland. It has an agreement in place for capacity at the Energia Costa Azul LNG export project that is under development in Baja California.

Japan is the world’s largest LNG importer, taking in 76.9 million tons in 2019, according to the International Group of LNG Importers.