Royal Dutch Shell plc’s global workforce by the end of 2022 is expected to have up to 9,000 fewer people, including 1,500 taking voluntary retirement this year, the energy major said in a third quarter update. 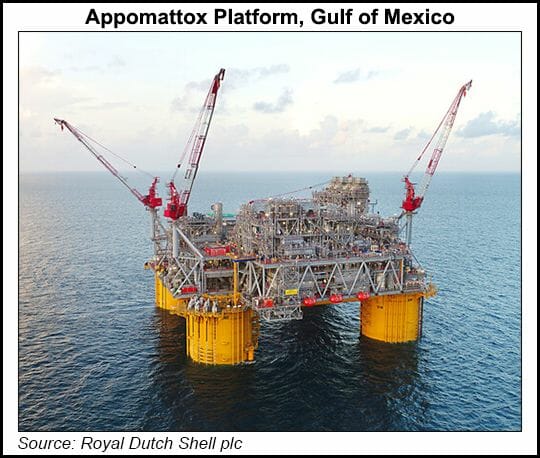 Post-tax impairments in the 3Q2020 update were estimated at $1-1.5 billion. The preliminary report indicated that Shell expects to report its second consecutive quarterly loss.

CEO Ben van Beurden, who oversees the estimated 80,000-member workforce, said reduced organizational complexity and other measures should deliver “sustainable” annual cost savings of $2-2.5 billion by 2022. The cost savings would contribute to the underlying operating cost reductions of $3-4 billion by early next year.

The “simpler, streamlined” focus in the upstream is on providing resilient cash generation to accelerate value. For the Integrated Gas unit, a “larger focus” is to center around expanding liquefied natural gas (LNG) markets.

The overhaul is not only in response to reduced demand this year but a broader strategy to accelerate low-carbon investments, said van Beurden. By 2050 Shell expects most of its sales to be centered around low-carbon electricity, biofuels, hydrogen and other alternatives.

For now, however, the oil and gas business has to perform well to fund the revamp.

“We need it to be very successful, so we have the financial strength to invest further in our lower-carbon products,” said the CEO.

Between July and September, Shell’s oil and gas production was 820,000-860,000 boe/d, with trading and optimization results “below average.” Upstream output was estimated at 2.15-2.25 million boe, including a loss of 60,000-70,000 boe/d resulting from Gulf of Mexico hurricane-related shut-ins.

“Approximately 80% of our term sales of LNG in 2020 have been oil-price linked, with a price lag of up to six months,” management said. “Consequently, lower realized prices due to this price lag are expected to have a significant impact on LNG margins in the third quarter.”

Realized liquids prices in July and August “reflected a 15-20% discount to Brent, similar to the discount in the second quarter 2020,” management said. “Realized gas prices are trending in line with Henry Hub.”

Cash flow from operations, aka CFFO, are likely to be impacted in final 3Q2020 results because of “movements in the forward commodity curves up until the last day of the quarter,” which ended Wednesday. CFFO price sensitivity at the Shell Group level is estimated to be $6 billion/year for each $10/bbl Brent price movement.

Shell plans to keep the focus longer term on “providing lower and zero carbon solutions through the Integrated Power, Biofuels and Hydrogen businesses that are significant, competitive and complement existing businesses, like Marketing,” van Beurden said. To that end, the global refining footprint is to be reduced to less than 10 sites, providing flexibility to adapt and integrate the growing Chemicals and Trading businesses.

In addition, oil trading and optimization results “are expected to be lower than the historical average and significantly lower compared with the second quarter 2020.” Marketing margins, meanwhile, should be “significantly higher” sequentially. Chemicals manufacturing plant utilization was tallied at 79-83% in 3Q2020, with sales volumes of 3.7-4.0 mmt.

Final third quarter results are scheduled to be issued on Oct. 29.