The cash market Wednesday fell overall on average by about 9 cents and elected to coat-tail on a futures double-digit loss on Tuesday. Gulf and California points were notably weak as were eastern points. Northeast locations managed to hold steady or record modest gains. At the close of futures trading August had gained 11.6 cents to $2.853 and September had risen 10.9 cents to $2.837. August crude oil tacked on $1.90 to settle at $83.91/bbl.

Looking ahead to the winter analysts are trying to reconcile large power burns with anticipated heating demand. “We are not going to have summer levels of power burn during the winter where you have peaking plants on to displace coal units, but in terms of the more efficient combined cycle gas plants relative to the economics of coal units, you will see some structural shifting,” said Anders Hyde, analyst with Bentek Energy in Golden, CO.

Structural shifting, however, doesn’t seem to be enough to prevent another decline in natural gas prices. “Generally we are looking at September as being the primary shoulder month and we are forecasting the average Henry Hub spot price for the month at $1.98. That’s from the production overwhelming the available storage. Regions will reach their limits sooner or later, and some basis activity will reflect that.

“One of the factors that set this entire [storage] season off was the warm winter. NOAA [National Oceanic and Atmospheric Administration] has said that this has been the warmest 12-month period on record, which was due to warm weather during the winter on the East Coast and that really put the market in a situation combined with production that there was a lot more gas coming out of the winter storage season.

“If there is a normal heating season this winter with more gas being pulled out, then you won’t have the same levels of inventory coming out of the winter, and there will be a lot more [storage] capacity. You will see structural shifts in power burn compared to two or three years ago,” Hyde said.

“This past winter I heard anecdotally that in the PJM market conditions were so warm that there were no [coal] units on and starting up a base load or intermediate plant when you did need it on, it was actually cheaper to start up the gas plant. So you ended up having that situation where gas was relied upon a little more because of that warmth and when it got cold it was easier to rely on those units than incur the time and costs associated with bringing a coal unit back on line.”

Hyde said this year, “I think you will probably see, especially if you have coal inventories growing, more of those [coal] units on line, but you will also see relative to the winter of 2009 or 2010 a stronger gas burn.”

In the physical market eastern points and the Gulf Coast led the charge lower. Quotes on Dominion were nearly 12 cents lower and Transco Zone 6 New York was nearly 10 cents lower. Tetco M-3 and Clarington both lost about a dime.

Northeast points bucked the trend lower and were flat to higher as forecasts called for a warming trend. AccuWeather.com predicted Wednesday’s 80-degree high in Boston would rise to 83 on Thursday and reach a toasty 88 on Friday. The normal high this time of year in Boston is 81. In Philadelphia, Wednesday’s high of 89 was expected to reach 90 on Thursday and Friday. The normal high in Philadelphia is 87.

Algonquin Citygates was seen off only a penny, and deliveries to Iroquois Waddington added a nickel. Gas on Tennessee Zone 6 200 L eased a couple of pennies.

“We are looking for a build of 25-28 Bcf for [Thursday’s] inventory report,” he said. Estimates are tightly bunched. A Reuters survey of 23 traders and analysts resulted in an average 26 Bcfm with a range of 19 Bcf to 34 Bcf. Bentek forecasts an increase of 24 Bcf. The storage surplus will likely continue to diminish as last year 87 Bcf was injected and the five-year average stands at 90 Bcf.

Central to the bullish technical case is the formation of an inverted head and shoulders pattern, which until Tuesday was progressing nicely. August recently put in a new high for the move at $3.06, and Tuesday’s 15-cent drop had the bulls scurrying to their charts to ascertain just how strong this bull move was, but Wednesday’s gain gave the bulls something of a reprieve.

“The head and shoulders pattern still targets further upside. So why the question mark? For one thing, at 71.13% the RSI [relative strength indicator] is definitely getting overbought,” said United-ICAP Vice President Walter Zimmermann. “There is no bearish RSI divergence as yet, but the absolute RSI level is high. Also high is the Market Vane sentiment at 29% bulls. For any other market, 29% bulls would be a low reading. However, natgas has not had that many bulls since this time last year.”

Zimmermann pegs neckline support at $2.70, and August traded as low as $2.734 Tuesday before gaining Wednesday. The market was a little more than 3 cents away from relegating the bullish case to the circular file.

Short-term traders had a somewhat different interpretation of support and saw Tuesday’s decline as a declaration of further weakness. “We broke through $2.82, and then $2.75 was another support level. It looks like we are headed to the $2.62 to $2.65 area over the next day or two. We broke two support levels,” said a New York floor trader.

In a Wednesday morning note to clients, Barclay’s Commodities Research analysts said, “U.S. natural gas prices are fading as the market sorts out what price level makes sense after the recently ended dose of hot weather.” WSI Corp. of Andover, MA, in its Wednesday morning six- to 10-day outlook said, the “forecast is slightly warmer than [Tuesday’s warm] outlook in much of the Midwest and Mid-Atlantic, as well as along parts of the West Coast.” 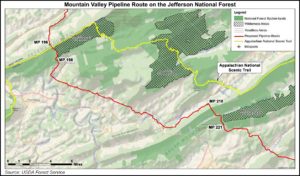