Amid a seemingly never-ending wave of Arctic air that crippled infrastructure in the so-called energy capital of the world and across the country’s midsection, resulting in widespread power outages, natural gas prices continued to reach new heights in Oklahoma on Wednesday. 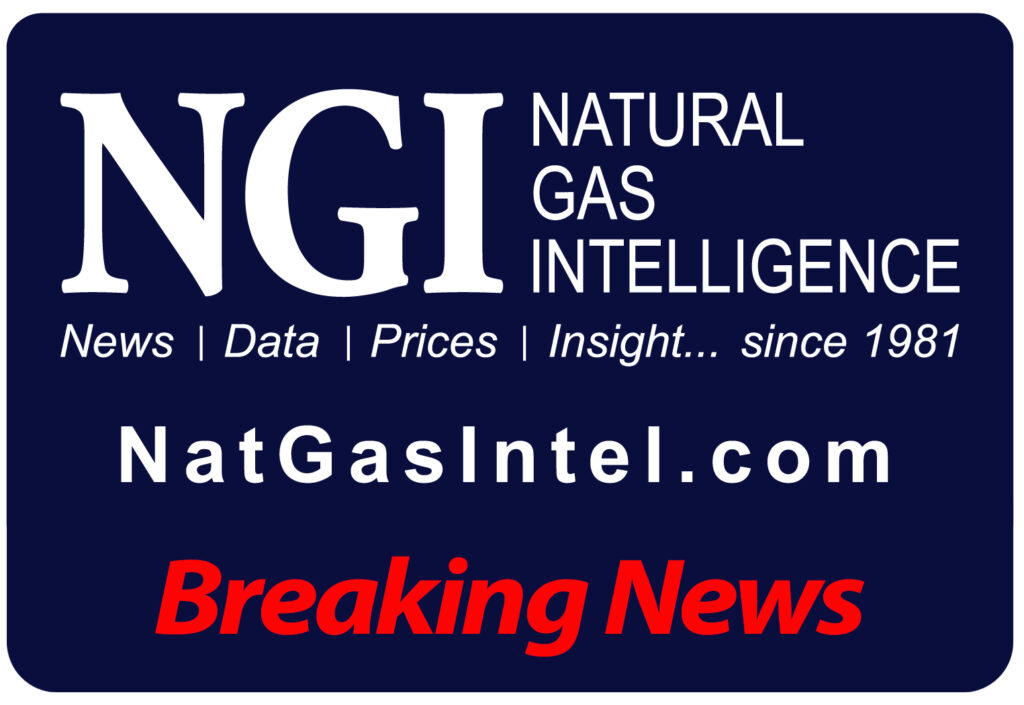 Next-day gas prices soared into the thousands in the Sooner State, according to NGI MidDay Price Data. Prices in some areas of the country started to retreat from the triple-digit highs experienced in recent days, but remain far above the sub-$3.000/MMBtu levels recorded earlier this month. NGI’s MidDay National Avg. was down $37.670 to $34.570.

Midwest prices also fell by the triple-digits, while Rockies prices in some areas were down by nearly $100.000 day/day. On the East Coast, however, gains started to mount. Transco Zone 6 NY midday prices averaged $15.050, up $9.270 from Tuesday.

In Texas, some 28,000 MW of thermal generation has been forced off the system during the extreme weather event, according to the Electric Reliability Council of Texas (ERCOT), the electric grid operator for the majority of the state. Another 18,000 MW of wind and solar also have been kicked off the grid.

Since the winter storm began on Monday, around 185 generating units have tripped offline for one reason or another, according to the operator. Some factors include frozen wind turbines, limited gas supplies, low gas pressure and frozen instrumentation.

The Southwest Power Pool also continued to operate under an emergency order, urging homes and businesses throughout its 14-state region in the central United States to conserve electricity. However, as of midday Wednesday, it was not directing any interruptions of service.

On the gas supply front, Wood Mackenzie said Wednesday that Lower 48 production levels for Monday dropped below 75 Bcf/d after revisions, which is a level not seen since January 2018. For perspective, Lower 48 output was coming in above 90 Bcf/d just 10 days ago on Feb. 5.

“It is important to note that these low production numbers could be understated, and we may see revisions,” said Wood Mackenzie. “We don’t believe this large decline in production is purely freeze-off related, although freeze-offs play a major role.”

The firm said there could be a fair amount of gas in the Permian Basin and on intrastate pipelines that are being delivered directly to meet local demand, rather than showing up as production in its models. Meanwhile, gas pipelines are still reeling from the cold, with many operational flow orders and forces majeure still in place.

Liquefied natural gas (LNG) terminals along the Gulf Coast have not been spared either. The Freeport and Corpus Christi terminals, both in Texas, were reported to be reducing feed gas demand after state governor Greg Abbott asked exporters to curb operations. Freeport shut down the second and third production units at the facility on Tuesday, the company said in a regulatory filing. The first train was shut on Monday because of freezing conditions that affected a pretreatment facility.

Cheniere Energy Inc. also is said to be diverting vessels away from Corpus Christi to Sabine Pass in an effort to curb electricity use. Meanwhile, has been restored at Cameron LNG in Hackberry, LA, which is working to ensure it can safely restart operations.

On Tuesday, Golden Pass LNG, also in Texas, issued a force majeure because of power outages caused by the cold, causing it to not accept any nominations. However, it lifted the force majeure at some meters as they became functional later in the day.

The overnight weather data was little changed for Feb. 23-March 3, according to NatGasWeather, with both the Global Forecast System and the European model failing to trend any colder for this period. The European model, it said, was “a little more bearish” with the setup March 1-4 compared to what it showed on Tuesday, as the frigid cold pool is seen retreating into Canada and remaining locked.

For now, the forecaster said the Feb. 23-March 3 outlook may be viewed as “close enough to seasonal” to prevent a major price collapse in Nymex futures, which had struggled to move past $3.000 before Tuesday’s rally amid the deep freeze.

The March Nymex contract settled Wednesday at $3.219, up 9.0 cents from Wednesday’s close.