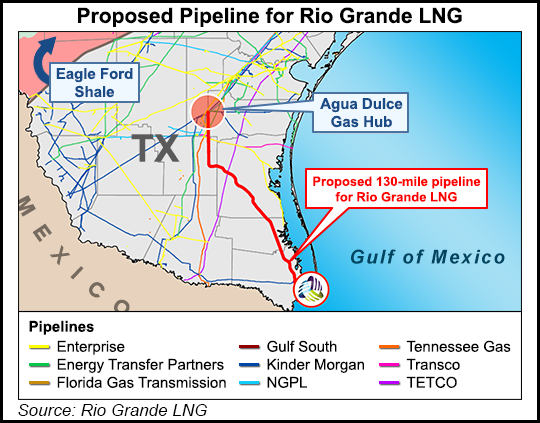 The company was expected to make an FID earlier this year on the project, which would be located at a 984-acre site in the Port of Brownsville. The company said it has enough capital to operate until the end of next year, but the delayed FID has prompted additional steps to cut costs.

Since December, NextDecade said the full-time headcount has decreased by 18% and 14% of the remaining workforce was furloughed this month “until it has better clarity on th Covid-19 pandemic’s impact on the current global LNG market.” Additionally, the company has agreed with Bechtel to limit engineering work, with plans to cut leased office space and defer other administrative spending.

NextDecade has $58 million in cash. It expects to pay or accrue $72 million of pre-FID development expenses this year, with $46 million incurred during the first quarter.

“Our balance sheet is strong, we have no debt outstanding and the long-term fundamentals for our Rio Grande LNG project remain firmly intact,” said CEO Matt Schatzman.

Rio Grande is the latest project on the Gulf Coast to get bumped to next year and one of several planned liquefaction projects worldwide impacted by the coronavirus. Most recently, Sempra Energy delayed an FID on its proposed Port Arthur LNG project east of Houston. Tellurian Inc., another pre-FID company with a large export project pending in Louisiana, also announced measures earlier this year to cut costs.

Securing supply contracts with long-term buyers has been more difficult amid the pandemic’s travel restrictions, while a glut of cheap gas has made long-term deals less attractive for some offtakers.

Rio Grande has already inked a 2 million metric tons/year (mmty) sale and purchase agreement with Royal Dutch Shell plc, the largest LNG trader in the world. NextDecade said it could reach FID with another 9 mmty of capacity sold under long-term contracts.

If sanctioned, Rio Grande would have the capacity to export 27 mmty, or roughly 1.3 Tcf annually. The site is shovel ready now, and NextDecade has received additional regulatory permits. It also has extended the engineering contract with Bechtel, has a federal notice to proceed with site preparation activities, and extended the start date of the lease with the Port of Brownsville.

The company also earned $15 million from Enbridge Inc. in March when it sold stakes in the proposed Rio Bravo Pipeline. The 4.5 Bcf/d system would feed the LNG project. Enbridge is now responsible for development and financing.

The 137-mile Rio Bravo system would consist of twin 42-inch diameter pipelines and run from the Agua Dulce supply hub near Corpus Christi in South Texas to the liquefaction facility. NextDecade has signed precedent agreements with Enbridge for firm transportation capacity on the pipeline.