This winter is shaping up to be one of the tightest in years for the global natural gas market as strong demand has continued throughout the year and left inventories woefully short. 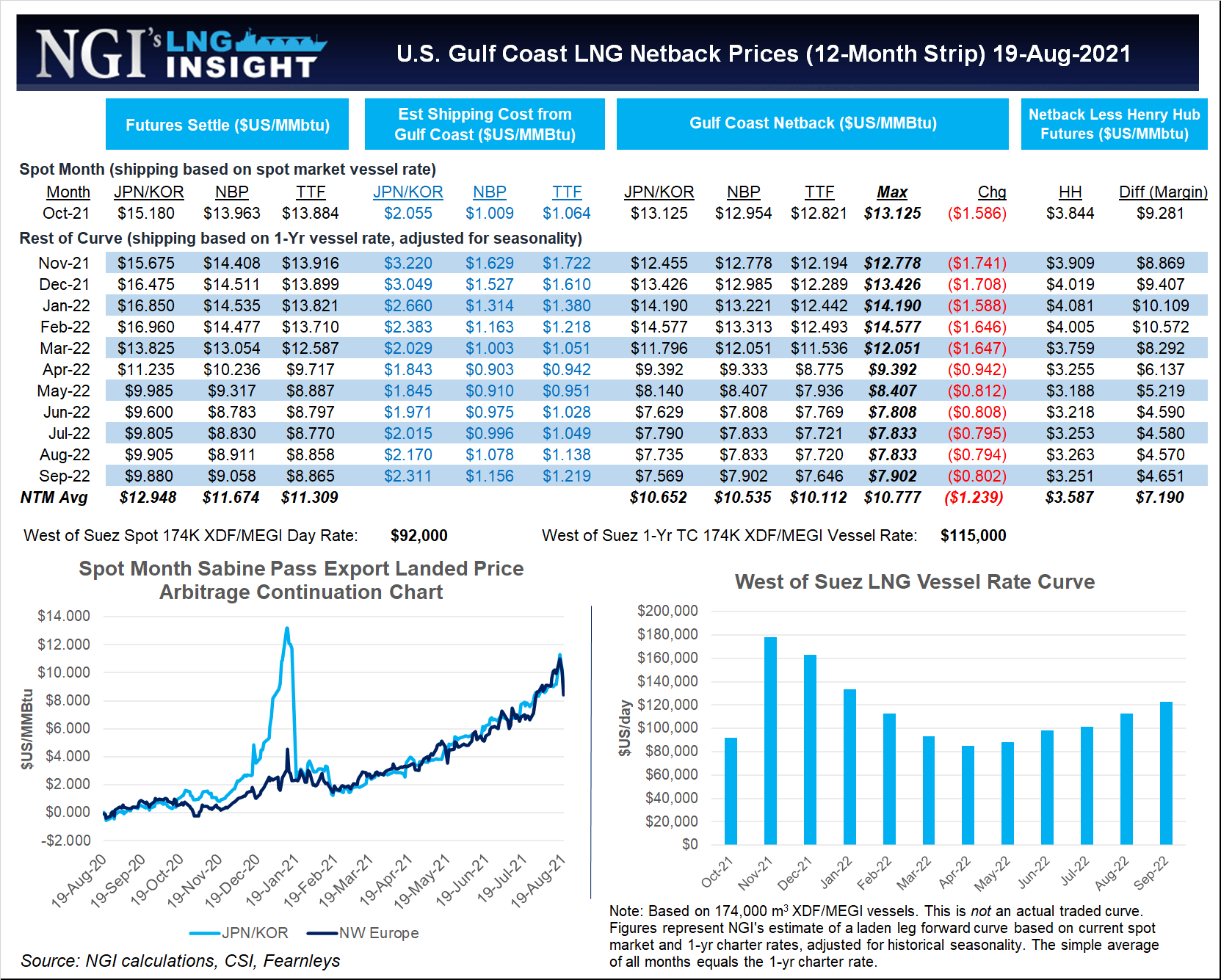 Liquefied natural gas (LNG) supply disruptions in Angola, Brunei, Nigeria and Trinidad and Tobago, to name a few, have also led to incremental losses on the spot market, while pipeline imports in Europe have been low throughout the year.

The crunch comes as demand is expected to be even higher this winter than it was last, when record-setting cold across the Northern Hemisphere sent LNG prices in Asia to their highest point ever.

“In the case of a cold winter, this market is going to be very, very tight. And it’s going to be a challenge for people to get the volumes they need,” she said.

Global inventories were left short after last winter. A hot summer has continued to support demand and left the world’s largest buyers in Asia in need of more LNG to get ready for winter. Japan-Korea Marker (JKM) prices have hit their highest seasonal levels ever this summer amid increased cooling demand and restocking.

That’s pulled cargoes away from Europe at a time when Russian and Norwegian supplies to the continent have dwindled on maintenance and production issues. European storage levels are currently about 20% below the five-year average. Dutch Title Transfer Facility (TTF) prices have hit an all-time record as the continent competes for natural gas.

Never has the forward curve for Asian and European benchmarks been this high heading into winter. JKM is trading around $16/MMBtu or higher through February, while TTF is well above $13 over that time.

“Going into winter with the forward curve this high is pretty extraordinary,” Holmquist said. “It’s not something we’ve really seen in the last few years.”

JKM spot prices were assessed at a record of over $30/MMBtu earlier this year amid a cold snap that left buyers short of supplies and scrambling for cargoes. There’s little cushion this winter to prevent a similar scenario.

“Given the current storage environment, any European supply disruptions, hiccups in the commissioning of Nord Stream 2 (NS2), or  a colder-than-normal winter could result in an asymmetric move higher for both TTF and JKM prices,” analysts at BofA Global Research said in a recent note to clients.

Gazprom has said it will start moving natural gas on NS2 this year, which would help with Europe’s supply shortfall, along with Norwegian production that is expected to normalize. But the project continues to face regulatory issues as it works toward start-up. Questions also remain about how quickly other supply outages can be resolved across the world and exactly how much LNG supplies will become available on the spot market.

Energy Aspects analyst James Waddell told NGI that the firm expects nuclear availability in Japan and South Korea, both among the world’s leading LNG importers, to help limit their call for the super-chilled fuel this winter. Buyers in Asia are also aggressively restocking to hedge against getting caught short again this winter, which could create less volatility this year, he said.

“These loosening effects should be able to offset some of the demand increases we expect elsewhere, such as in China and India, and that will leave more LNG coming to Europe this winter year/year.”

Both Energy Aspects and Poten expect LNG producers in the United States to ramp up exports this winter. The country has accounted for much of the world’s supply growth in recent years. Venture Global LNG Inc.’s Calcasieu Pass facility and Cheniere Energy Inc.’s sixth train at the Sabine Pass terminal — both in Louisiana — are expected to start exporting commissioning cargoes by year’s end.

“We are calling for LNG exports out of the U.S. to be higher than they were last winter,” Holmquist said. “However, that depends on the performance of the plants.”

According to NGI data, maximum Gulf Coast netbacks through March were ranging at a level of roughly $12-14/MMBtu on Thursday. Holmquist said U.S. terminals could more consistently run above their nameplate capacity if the call for Atlantic Basin LNG keeps rising.