Agitated by activist investors, ExxonMobil this week promised substantial new investments to combat the effects of climate change and announced the election of a new director as part of what it called a broader board “refreshment.” 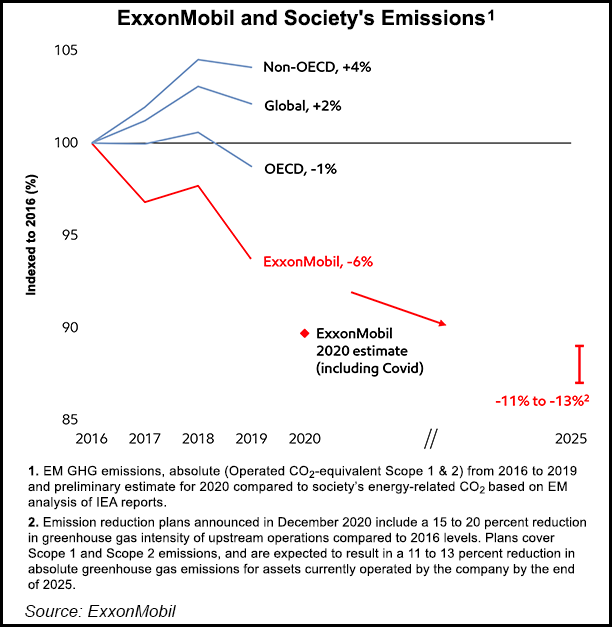 However, activist investor Engine No. 1 LLC said the changes were insufficient. The San Francisco firm said it stood behind a move to nominate four board members in an effort to establish a board independent from management. It said directors should more aggressively pursue long-term strategies that include actions to combat climate change and drive sustainable long-term earnings.

“ExxonMobil shareholders deserve a board that works proactively to create long-term value, not defensively in the face of deteriorating returns and the threat of losing their seats,” Engie No. 1’s management stated after ExxonMobil announced earnings on Tuesday.

Engie No. 1’s campaign for new oversight at ExxonMobil is backed by the California State Teachers Retirement Fund. Additionally, New York-based hedge fund D.E. Shaw, which oversees $50 billion in assets, sent a letter to ExxonMobil in December demanding more extreme cost cutting than the company has pursued. Reuters reported an estimated 135 investors managing more than $2 trillion are in talks to form a coalition to push for a board overhaul with an elevated focus on energy transition.

The supermajor linked losses to the demand destruction imposed by the coronavirus in 2020. The pandemic curtailed oil demand and put downward pressure on both oil and gas prices last year, forcing ExxonMobil and its peers to curtail production and navigate a weak revenue environment.

The company, however, said even as it curtails expenses and tries to build revenue momentum in 2021, it is listening to concerned investors. It noted the recent addition of former president Tan Sri Wan Zulkiflee Wan Ariffin of Petroliam Nasional Berhad, aka Petronas, to the board. The company added that it “continues discussions with other director candidates with a range of skills sets for potential addition to its board, as part of its ongoing refreshment process. The board expects to take further action in the near term.”

ExxonMobil also said this week it would invest $3 billion over the next five years in projects aimed at reducing greenhouse gas emissions. The company indicated that it would create ExxonMobil Low Carbon Solutions and evaluate 20 new carbon capture projects globally.

Management of Engine No. 1, however, said it in the wake of Exxon’s annual loss it would continue its push for an infusion of independent directors.

“A board that has underperformed this dramatically and defied shareholder sentiment for this long has not earned the right to choose its own new members or pack itself in the face of calls for change,” Engine No. 1 said.