ExxonMobil on Thursday said goodbye to the Barnett Shale in North Texas after securing $750 million from Denver-based BKV Corp. for the natural gas-rich portfolio in North Texas. 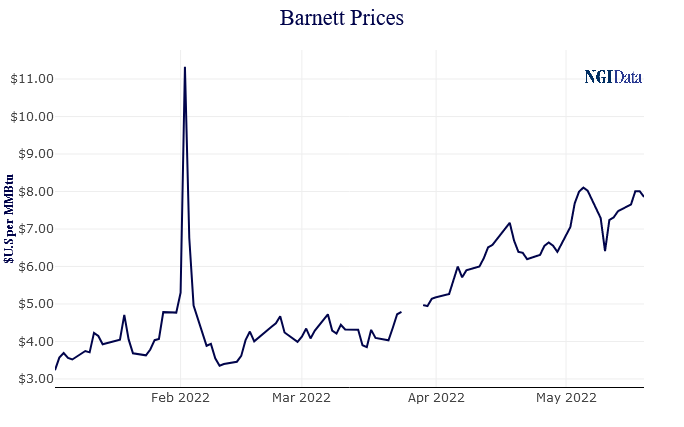 The transaction, set to be completed by the end of June, would require additional payments to ExxonMobil contingent on future natural gas prices.

“Our focus as a company is to drive value through continued expansion in the Barnett play with a strong focus on sustainability,” said BKV CEO Chris Kalnin. “This transaction falls in line with that vision.

“Today, BKV is a leading natural gas operator in the United States, with an integrated approach to the value chain that allows us to certify our responsibly sourced gas at the wellhead. We are excited about the extensive synergies this transaction presents, as well as additional access to premier Gulf Coast markets. We look forward to building upon the strengths of XTO Energy and its team to drive future growth.”

BKV has been scooping up Lower 48 natural gas assets in recent years, primarily in the Barnett. Devon Energy Corp. sold its Barnett properties to BKV in 2020. Devon had made its Lower 48 unconventional name in the Barnett after taking over Mitchell Energy & Development Corp.

The privately held producer also is working to certify its Lower 48 gas production. In March, BKV and subsidiary BKV-BPP Power LLC said they were working to certify gas initially to fuel a power plant in Temple, TX. The facility, which powers 750,000 homes. is equipped with emissions-control technology. Project Canary is overseeing the certification process.

For ExxonMobil, the sale has been eyed for at least two years. The Barnett, considered the granddaddy of all the Lower 48 shales, was removed from ExxonMobil’s global development plan in 2020. The portfolio has been operated by subsidiaries XTO Energy Inc. and Barnett Gathering LLC.

“We are focused on delivering the most competitive returns to our shareholders by developing opportunities with the lowest cost of supply and further strengthening our industry-leading upstream position,” said ExxonMobil Upstream Co. President Liam Mallon.

“Our subsidiaries have operated in the Barnett Shale safely and responsibly for nearly two decades, and we are encouraged by BKV’s plans to develop the resource in line with its stated pathway to net zero greenhouse gas emissions by 2025.”

The sale would support the “corporate strategy to prioritize investments on advantaged assets with lowest cost of supply.”

As part of the agreement, “all employees with ExxonMobil subsidiaries in the Barnett Shale will receive full employment offers with BKV,” the company said.

ExxonMobil quietly entered the Barnett in 2005 as horizontal drilling combined with fracturing began to gather momentum. After selling off those Barnett stakes, the energy major in 2010 set the markets ablaze after agreeing to pay $43 billion for XTO. The independent was at the time one of the leading unconventional natural gas producers.

By taking over XTO, ExxonMobil claimed title to No. 1 natural gas producer in the United States.

Like commodities prices, priorities shift. This year alone, ExxonMobil has put several North American assets on the market, including Western Canada’s gassy properties in the Montney and Duvernay formations.