ConocoPhillips joined other exploration and production (E&P) companies in reporting rising earnings, thanks to geopolitical impacts to oil and gas prices, but management said it should move on “full value chain” opportunities in liquefied natural gas (LNG) to further enhance its gas business. 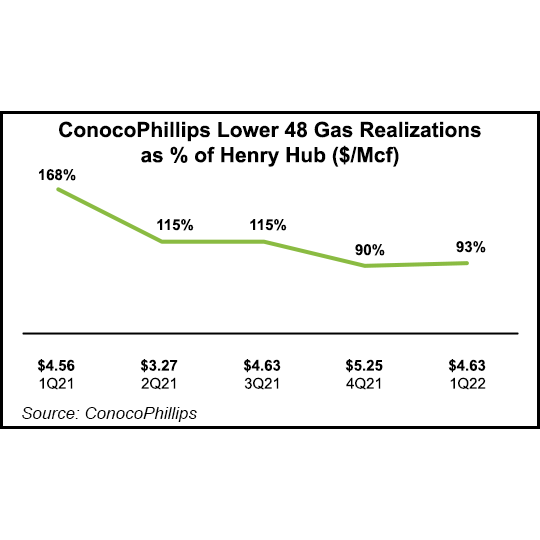 The Houston-based independent, the world’s largest, has substantial global holdings in gas. But most of the portfolio is weighted to crude oil. Slightly more than 30% of its record production in the first three months of this year was natural gas, mostly from the Lower 48.

CEO Ryan Lance said the now 11-week conflict in Ukraine sparked by the Russian invasion has bolstered export prices and heightened the importance of U.S. gas. For ConocoPhillips, however, the “beauty” of its cost-of-supply model that helps insulate it from volatility also makes it “a bit indifferent” to market spikes, creating “a disconnect on the gas side.’

The company early this year moved to increase its LNG position. However, management is not  “necessarily interested in just being in the liquefaction tolling business.” Lance said. U.S. LNG transported overseas “is something of interest, as long as we can be in that full value chain.”

The go-forward strategy on LNG may be similar to what was done in the first quarter when it comes to LNG growth, Lance said. Earlier this year, ConocoPhillips increased its equity stakes in the Eastern Australia terminal project, Australia Pacific LNG. It completed a 10% acquisition in February, pushing stakes to 47.5%.

The global gas market dynamic during the quarter is also one of the reasons Lance said ConocoPhillips is “competing for another train in Qatar.” The company has a 30% stake in the 7.8 million metric ton/year Qatargas 3 joint venture LNG facility in Ras Laffan Industrial City, Qatar.

Lower 48 production averaged 967,000 boe/d in 1Q2022, with around 66% from the Permian Basin. The remaining share of Lower 48 output chiefly came from the Eagle Ford and Bakken shales. ConocoPhillips ended the first quarter with 22 rigs and eight unconventional crews working in the Lower 48.

Tim Leach, who led the Lower 48 segment for two decades before becoming an executive adviser, said its Permian team recently started “bringing wells online” from its new additions. The company plans to add “500 completed wells throughout the year,” 90 of which were added in the first quarter.

ConocoPhillips also reported it had to adjust its capital guidance to $7.8 billion from $7.2 billion, reflecting higher anticipated spending in the Lower 48 and inflationary impacts.

For 2022, preliminary production guidance was unchanged from the previous quarter at 1.8 million boe/d. During 2Q2022, output is forecast to average 1.67-1.73 million boe/d, slightly down from its record production in 1Q2022.

ConocoPhillips also said it expects to return $10 billion to shareholders in 2022, up $2 billion from its expectations in the 4Q2021. 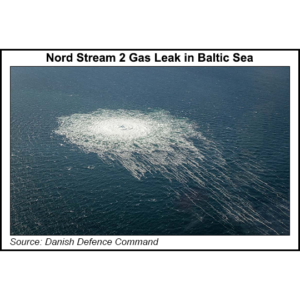