Williams, which owns one of largest gas pipeline systems in the United States, continues to see increasing demand, including robust flows of natural gas to Mexico, despite the persistent coronavirus pandemic and shaky economy. 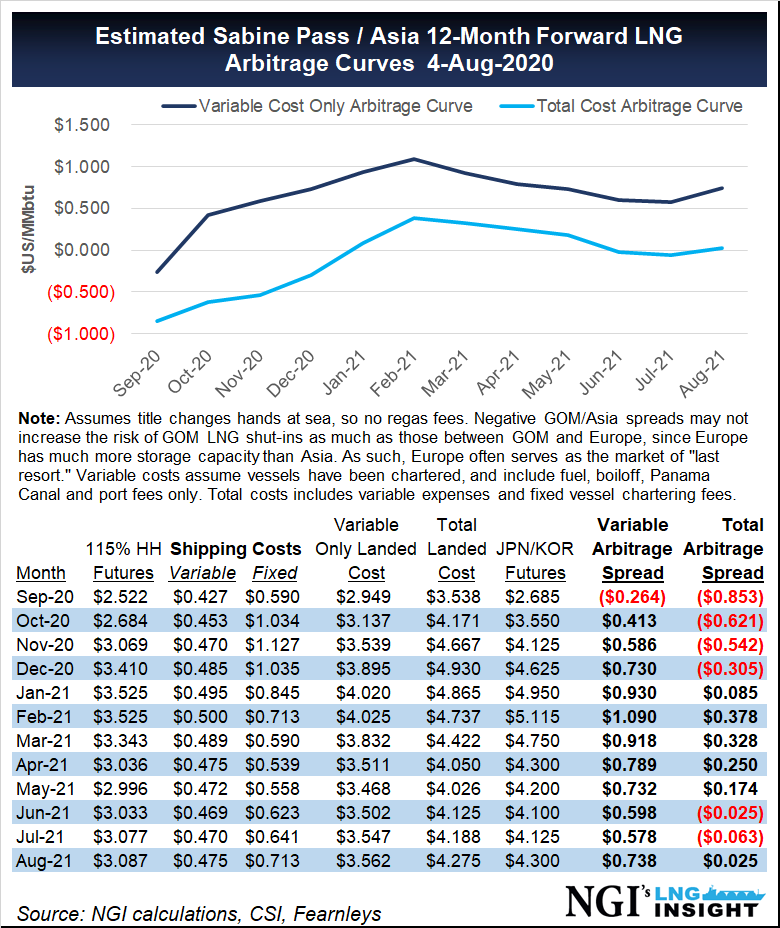 The Tulsa-based pipeline operator, which operates more than 30,000 miles of pipelines led by the Transcontinental Gas Pipe Line, aka Transco, said Lower 48 gas demand in 2Q2020 rose 2% from a year earlier. The only segment that did not show advancing demand was the industrial load; it was down less than 1% but has resumed growth early in the current quarter, executives said.

Williams CEO Alan Armstrong said the demand data demonstrate the durability of gas, given the historically fierce headwinds imposed by the virus. The U.S. Commerce Department estimated the domestic economy contracted at a record pace in the second quarter, with gross domestic product falling at an annual rate of 32.9%. The jobless rate remains in double-digits. And the virus continues to spread across swaths of the country, further interrupting economic activity.

“Many people assumed that natural gas demand would be greatly diminished by Covid-19 and a stalled economy,” Armstrong said on the earnings call Tuesday. “Fortunately, we have not seen that play out at all. In fact, natural gas demand has continued to grow both broadly across the market and on our systems, in particular…This healthy trend is continuing into the third quarter.”

“The Mexico pipeline exports have been on the rise and are expected to continue as pipeline infrastructure that’s reaching further down into Mexico are now complete and will soon begin to utilize supplies from the U.S. directly by pipeline,” Armstrong said. “So a lot of good things going on there as Mexico continues to bring in natural gas to replace more expensive power generation in their markets.”

Genscape Inc. had noted that pipeline supply to Mexico reached highs during the July 20-24 period, exporting nearly 6.4 Bcf/d, marking it the strongest five-day period on record.

Within Williams’ residential and commercial business, demand was up 5% year/year, while power generation demand advanced 3%.

With demand holding up, executives said gas prices are poised to improve in 2021.

“Producer customers are expecting higher prices next year, and we’re seeing that in the forward curve as well,” COO Michael Dunn said on the call. Customers are “cautious,” but “they are prepared to participate in a higher price environment.”

Armstrong said natural gas’ enduring strengths as a relatively clean and inexpensive source of energy support ongoing demand, while unlike crude oil, gas is not dependent on travel and related fuel consumption.

Outside of pipeline supply to Mexico, LNG exports “have diminished significantly from the first part of the year,” prior to the pandemic, the CEO said, amid economic malaise and demand destruction in the wake of virus outbreaks across Europe and Asia, the leading destinations for U.S. exports. LNG volumes hovered near 3.0 Bcf in July, according to Genscape, far below levels earlier in the year.

However, even on the Asian and European fronts, Armstrong noted encouraging indicators of improvement. He referred to a Bloomberg survey that estimated between 20 and 30 U.S. gas export cargoes would not get loaded in September. The estimate is down from 50 for July and an estimated 35-40 for August, suggesting U.S. LNG demand from leading import countries is gradually recovering.

“The number of cargo cancellations have begun to diminish as you get into looking at the third quarter lifts, and particularly in September now,” Armstrong said.

While overall Lower 48 wellhead production in the second quarter declined slightly from the year-earlier quarter by 0.3%. Wellhead gathering for Williams increased by 3.6% year/year, despite shut-ins in places in the Eagle Ford Shale and the Gulf of Mexico.

“We expect this to continue to be the story in a wide variety of market conditions as the low cost suppliers will be the last off and the first to be called on to meet growing demand,” Armstrong said. “Looking into the third quarter, we are seeing no exception as gathering volumes continued to grow here in July. And our deepwater volumes…have fully rebounded.”

Asked about an eventual transition to hydrogen for electricity and a potential role for Williams, Armstrong struck an optimistic tone.

“On the hydrogen front, certainly, we’ve heard the message loud and clear from places like New York about political support for decarbonization, and we think that presents a great opportunity for us at Williams to invest with our customers in projects like that,” the CEO said. “And so we certainly are interested in doing that and think we’re extremely well-positioned given our distribution network into those potentially populated areas.”

As “excess renewable power becomes available and converting that to hydrogen as a form of energy storage, we’re extremely well-positioned to take part in that. We’re certainly interested in making investments where they make sense in and around our pipeline systems and to take advantage of investments in renewable opportunities.”

At the close of the first quarter, Williams had cash and cash equivalents of $1.13 billion and long-term debt of $22.3 billion.