A UGI Corp. subsidiary is expanding its footprint in Appalachia with the $190 million purchase of midstream assets in Butler County, PA, from Stonehenge Energy Holdings LLC. 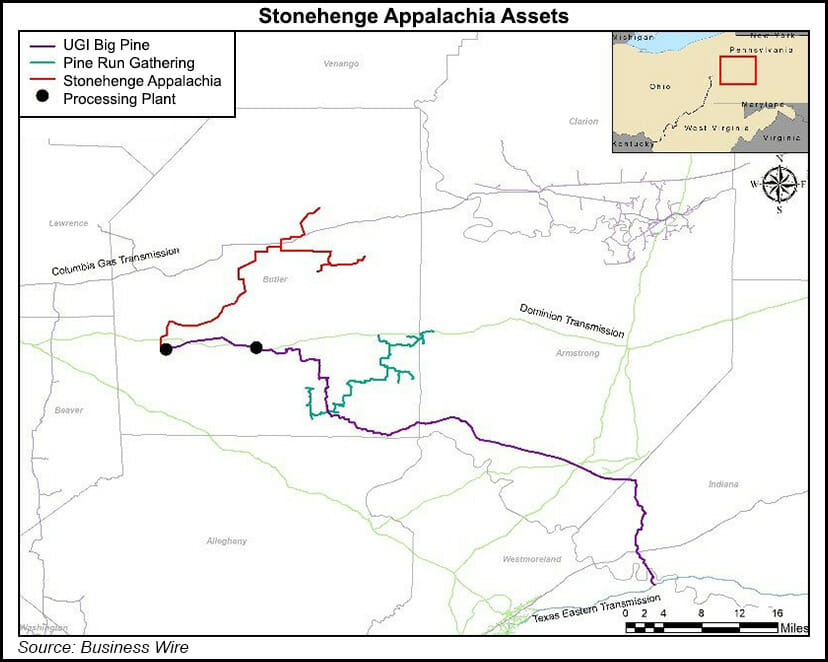 The deal announced Tuesday to acquire Stonehenge Appalachia LLC includes more than 47 miles of pipeline and associated compression assets, along with gathering capacity of 130 MMcf/d.

“When we acquired the assets of Columbia Midstream Group in 2019, we committed to additional investments to build or buy quality systems in the region,” said Executive Vice President Robert Beard of Natural Gas, Global Engineering, Construction and Procurement. “The acquisition of Stonehenge, in addition to our recent purchase of an ownership stake in the Pine Run gathering system, demonstrates our commitment to the Appalachian Basin, which averaged a record 31.9 Bcf/d of production in the first half of 2021, the highest for a six-month period since production began in 2008.”

The firm said the profits would be underpinned by long-term contracts with minimum volume commitments and significant acreage dedications.

“This investment is consistent with our strategy of delivering reliable earnings growth while continuing to rebalance our business activities with increasing investments in natural gas and renewables,” CEO Roger Perreault said.

The Stonehenge transaction, subject to customary regulatory conditions, is expected to be completed by the end of this month.