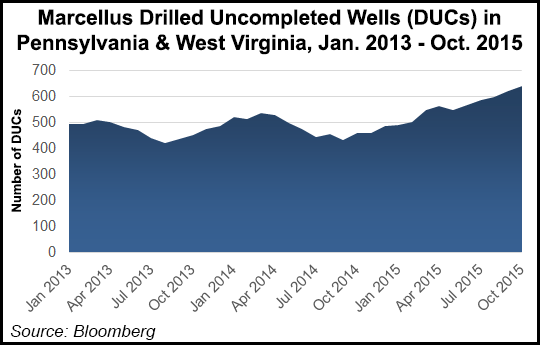 Basic, which provides well site services in more than 100 points across the onshore, said its well servicing rig count remained unchanged month/month in March. Well servicing rig hours for the month totaled 37,000, producing a rig utilization rate of 35%, the same rate as in February but off 55% from March 2015.

The rig utilization rate is based on the weighted average number of rigs owned in a period, a 55-hour work week per rig and the number of weekdays in a period.

“Activity in the month of March, excluding the impact of the Easter holiday, remained steady for our production-related well servicing and fluid services segments,” CEO Roe Patterson said. “However, our completion-related services, such as our stimulation business, continue to be impacted as the volatility and uncertainty in oil prices has caused our customers to further curtail their exploration and drilling projects.”

“We also stacked eight additional well servicing rigs in March to bring our total stacked rig inventory to 127 at quarter-end,” Patterson said. Between January and March, “we stacked additional equipment in markets where existing demand did not allow us to sustain cash breakeven or better margins.”

Basic “made further progress in the first quarter to adjust our operational infrastructure to react to the prolonged weak market conditions and will make additional changes throughout this year to generate additional cost savings,” Patterson said.

Based on March activity, the operator expects 1Q2016 revenues to be 18-20% lower sequentially. Management earlier had predicted revenues would be down 16-17% from the fourth quarter. Weather and holiday interruptions are expected to represent about 4.5% of the total sequential revenue decline.

Calculations by NGI’s Shale Daily, using Bloomberg data, offer a window into the growing inventory of drilled but uncompleted wells, aka DUCs, in the Marcellus Shale in Pennsylvania and West Virginia. DUCS in the region totaled 495 in January 2013 and by the end of that year, they had fallen by 10. In January 2014, there were 520 uncompleted wells, which declined to 487 by December 2014.

However, the DUC inventory in the Marcellus had risen to 491 in January 2015 and continued to grow steadily last year, hitting 640 in October.