Leading North American natural gas marketers reported lower overall sales volumes for the second quarter in a continuation of a trend of year/year declines in the wake of production cuts imposed in response to the coronavirus pandemic. Still, there were several bright spots that suggest momentum is building. 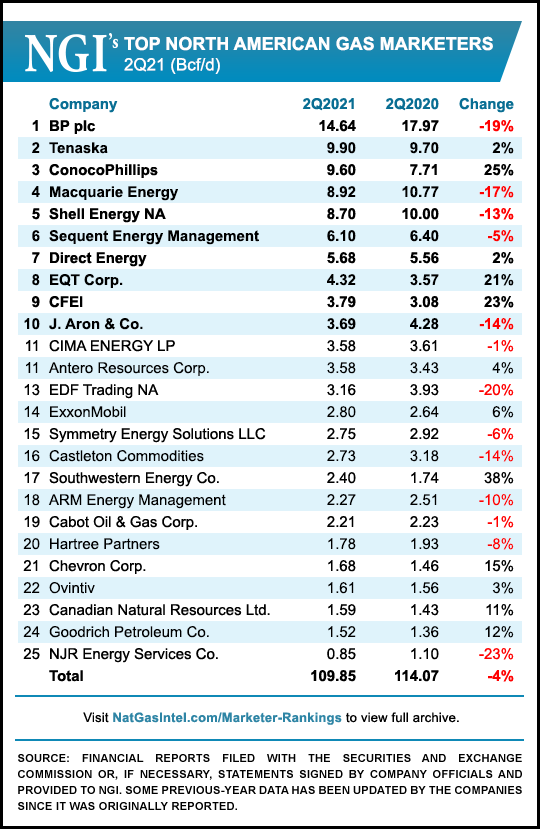 Three of the biggest gainers in 2Q2021 were in the top 10. No. 3 ConocoPhillips’ volumes rose 25% from a year earlier. No. 8 EQT Corp. climbed 21%, while No. 9 CFEi, a marketing affiliate of Mexican state power company Comision Federal de Electricidad, gained 23%.

Additionally, Houston-based ConocoPhillips this month agreed to pay $9.5 billion to buy Royal Dutch Shell plc’s Permian portfolio, a deal that would give it another production boost of about 175,000 b/d. The Permian assets held by Shell are 50% weighted to oil, with a 25% weight to each natural gas and liquids.