The dismal days of 2009 are behind the chemical industry, and while the global recession isn’t completely gone, there are brighter times ahead. Much of that is because of the revolution in shale natural gas and oil, speakers at the IHS World Petrochemical Conference said Wednesday in Houston. 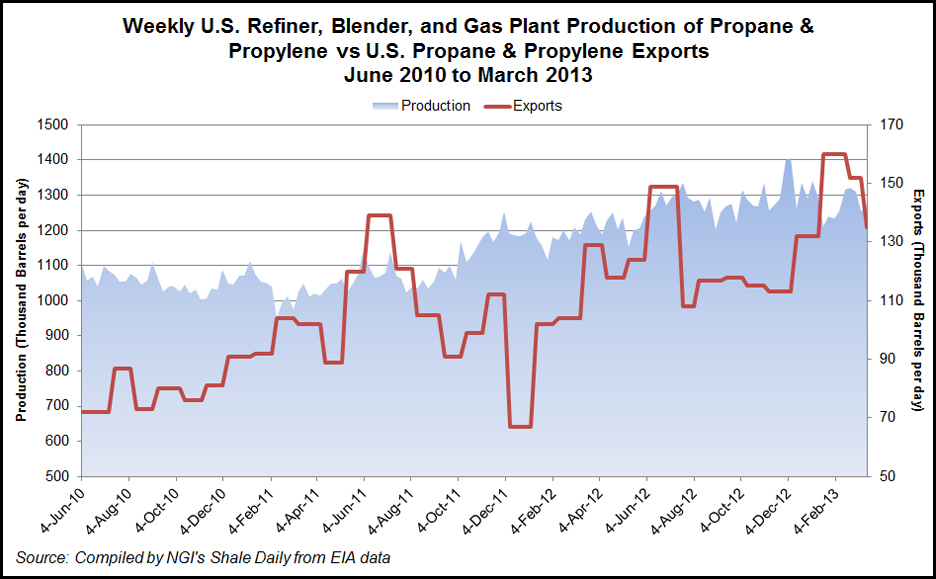 What IHS calls the “U.S. shale gale” is far from over, although producers for now are being selective and directing their drill bits to higher-return oil, said Bill Sanderson, IHS vice president of downstream research and consulting. In the years ahead, U.S. production growth will be dominated by unconventional supply sources, he said.

Sanderson said IHS is expecting a modest increase in U.S. natural gas prices, driven in part by the need for higher prices to support production as well as the potential for a modest lift in prices from future exports of liquefied natural gas (LNG). Regardless whether the United States exports LNG, gas prices should increase to about $4.50/MMBtu by about the middle of this decade, according to IHS.

As gas production grows, so do feedstock opportunities for liquefied petroleum gas (LPG) and ethane. Currently, incremental U.S. LPG exports are mainly going to Latin America, Sanderson said. LPG consumption by the chemical sector for a feedstock will expand to clear the market, he said, creating a big opportunity, not only in North America but around the world as LPG is exported. Ethane prices will remain depressed until domestic plant expansions increase demand, Sanderson said.

What’s going on in the U.S. energy patch and the development it has spurred in the petrochemical sector are two of the bright spots in the global economy, said IHS Chief Economist Nariman Behravesh.

He said the unconventional oil and gas “revolution” might be a little bit over-hyped, although “it is a revolution” and has dramatically improved the global industrial competitiveness of North America. “This is a story about market forces and entrepreneurship…This happened despite the best efforts of this administration to push green energy and renewables…”

The United States could become a net exporter of oil in the next five years, he said. And look for more chemical industry products to be exported from the United States to world markets, improving the U.S. trade deficit, as the increasing reliance on commodities from unconventional resources removes chemical production away from fast-growing demand centers in the developing world, said Dave Witte, IHS senior vice president for chemicals.

The parts of the world with newly advancing economic development will remain the most important market for chemicals, Witte said, adding that currently the BRIC countries (Brazil, Russia, India and China) account for about 50% of the demand for basic chemicals. IHS forecasts that by 2020, this figure will be about 60%, he said.

“Unconventional feedstocks will play an increasing role in shaping the global industry in terms of trade patterns,” Witte said.

Over the last few years, U.S. production of propane and propylene has been increasing, and so too have exports, according to Energy Information Administration data and NGI’s Shale Daily calculations. For the week ending Feb. 15, the United States produced 1,316,000 b/d of propane and propylene, while exports reached a record 160,000 b/d.

Consumers and industry have largely been ignoring dysfunction in Washington, DC, Behravesh said. The economic recovery has come in spite of Washington, not because of it. Still, Washington politics could still trip up economic growth with “manufactured crises” such as the debt ceiling and sequester, Behravesh said. “It’s a very, very bad way, of course, of running a government, terrible, stupid. We could go on and on…Washington could still trip up the economy.”