An environmental watchdog group in a letter to President Biden is arguing that a joint task force formed by the White House and European Commission (EC) to help Europe secure more liquefied natural gas (LNG) and displace Russian imports is operating secretly and violating federal law. 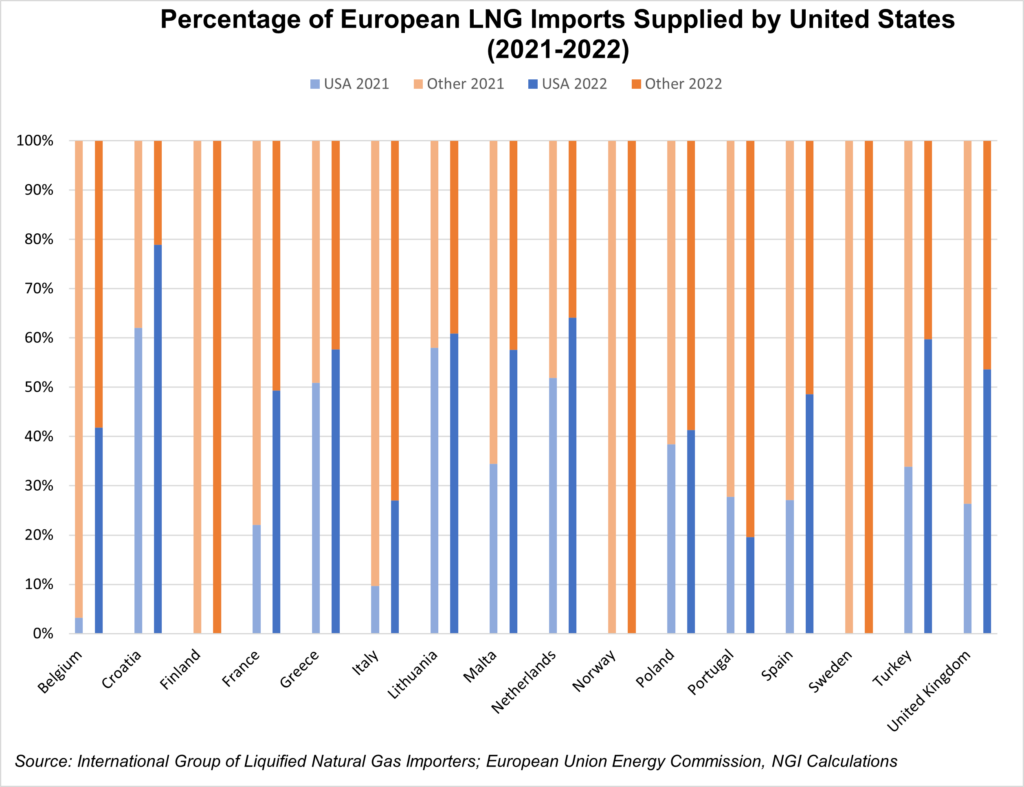 “The secrecy around this critical task force is reminiscent of some of the worst actions of the Trump administration in handing public policy over to private interests, while appearing to violate the law,” said Global Witness senior adviser Zorka Milin.

The task force was formed in late March by the Biden administration and EC President Ursula von der Leyen. Its formation came at the same time the White House pledged to send another 15 billion cubic meters (Bcm) of LNG to Europe this year and 50 Bcm annually through at least 2030. The European Union (EU) is working to stop imports of Russian energy supplies by 2030.

Global Witness asked President Biden to open all the task force’s meetings to the public, require attendees to file declarations of interest and keep records of each meeting.

FACA stipulates that a federal advisory committee consists of private sector representatives who consult with the president or government agencies on a regular basis. Such committees must also comply with open meeting mandates and work with the public.

“Moreover,” he told NGI, “the private sector representatives who have attended the task force meetings did so to provide individual advice.” Hutchison noted another FACA exemption that allows individuals to offer guidance to federal officials on their own and not as part of a group.

The task force is led by the U.S. State Department’s Amos Hochstein, senior adviser for global energy security. The former Tellurian Inc. executive directs the task force with Björn Seibert, head of cabinet of the EC president. The commission is the EU’s executive arm.

The task force is meeting with industry across the world to help displace Russian energy supplies. Companies including Cheniere Energy Inc. and Freeport LNG Development LP have said they’ve participated in a task force meeting.

Hutchison said the task force has a vital role to play, partly because politicians in Washington and Brussels “may well need to signal support” for the additional infrastructure needed to ship and receive more gas and help industry gain financing.

In a joint statement shortly after the letter was sent and Russia cut off gas supplies to Finland, the White House and EC said they “reaffirm our commitment to strengthening Europe’s energy security.”

Europe imported 45% of its natural gas from Russia last year. Since late February, when Russia invaded Ukraine, the continent has moved to distance itself from the pariah state.

“The European Commission and the United States understand the urgency of taking decisive action to reduce energy imports from Russia,” said the joint statement.  “Through the task force we will continue working to diversify Europe’s supply of natural gas while we accelerate the deployment of energy efficiency and smart technologies in European homes and businesses, electrify heating, and ramp-up clean energy output to reduce demand for fossil fuels altogether.”

The Global Witness letter sent May 23 came days after a group of U.S. Democratic lawmakers and some members of the European Parliament sent a letter to President Biden urging the task force to stop new oil and gas projects, including LNG infrastructure, in the interest of the climate.