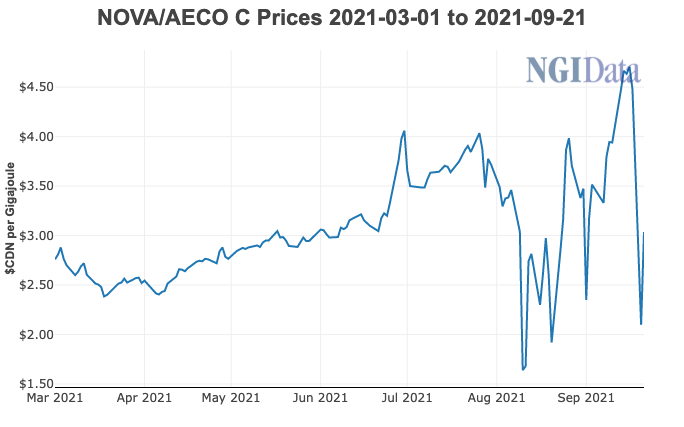 The plan includes an offshore production platform, a 370-mile ocean floor pipeline and a coastal liquefaction terminal. The network would load Europe-bound tankers with four million metric tons per year, equivalent to 520 MMcf/d.

LNG-NL would obtain its supplies from oil platforms offshore of Newfoundland, which currently reinject gas as an unwanted byproduct into their subsea geological reservoirs because no processing facilities or markets are available.

LNG-NL, unveiled at the annual meeting of the Newfoundland and Labrador Oil and Gas Industries Association (NOIA), remains in an early formative stage with a 2030 target to start deliveries.

No applications have been made yet for gas export or environmental approvals. The framework agreement sets principles for negotiating a partnership that would include a native equity share held by a tribal firm, Miawpukek Horizon Maritime Services Ltd.

“Our inclusion in this project is historical, transformational and an example of how the offshore energy industry, Canada, and Newfoundland and Labrador are truly embracing and giving effect to reconciliation,” Joe said.

Newfoundland efforts to enter the LNG trade date back to 2006, when Newfoundland LNG Ltd. sought a permit for a C$1.5 billion ($1.2 billion) storage and transshipment terminal for imports to the Atlantic seaboard of Canada and the United States.

Approval was granted in 2008. However, the project was shelved as hydraulic fracturing tapped prolific shale gas deposits, ending North American demand for LNG imports and setting the industry on its current growth course as an exporter.

The provincial government has reported 12.6 Tcf of currently known supplies and has forecast that further drilling would find 133.6 Tcf.

The framework agreement comes amid a backdrop of record high LNG prices as overseas markets struggle to replenish storage inventories that fell to unusually low levels following a harsh winter. The hot summer that followed provided a breeding ground for steep competition between European and Asia as the two regions try to rebuild inventories ahead of winter. The storage situation is particularly dire in Europe, where stocks are at 72% of capacity compared to 87% at this time last year.