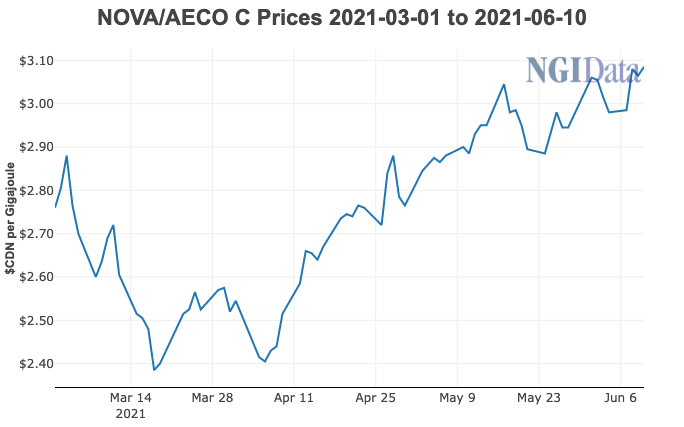 Tourmaline said Friday the purchase was an “important component” of its ongoing consolidation strategy in the North Montney region of northeastern British Columbia (BC), which is expected to supply Western Canadian LNG export terminals.

Tourmaline expects “the North Montney to be the primary growth driver in the entire Western Canadian Sedimentary Basin for the next decade.”

The company said it would acquire Black Swan for 26 million common shares and assumption of up to C$350 million ($288 million) of net debt. In exchange, Tourmaline would add Black Swan’s current production of 50,000 boe/d. Black Swan’s output is expected to increase to 60,000 boe/d in 2022 once a deep cut gas plant is completed.

The Black Swan deal is expected to bolster Tourmaline’s production to around 175,000 boe/d in 2022, Tourmaline’s previously planned North Conroy expansion could add another 100,000 boe/d after 2025.

In terms of developed assets, Tourmaline is purchasing Black Swan’s Aitken block, where there were 99 producing Upper Montney wells and 220 undeveloped locations at the end of 2020. The block “features amongst the highest performance Tier 1 Montney subsurface assets,” it said. The logged per-well estimated ultimate recovery is 8-10 Bcf with initial liquid yields of 40-70 bbl/MMcf.

Tourmaline would also acquire 230,000 net acres of Montney rights, and 1,600 estimated drilling locations. All of the reserves are in the Aitken area. It also is acquiring stakes in two natural gas processing plants with existing capacity of 265 MMcf/d that could be expanded to 360 MMcf/d.

Tourmaline estimated the Black Swan assets could generate a C$150-200 million ($123-$164 million) annually in free cash flow beginning in 2022. The board also has approved a quarterly C1 cent/share dividend increase, which would take effect in the third quarter.

The acquisition is one in a string of recent Montney transactions. Last month, Tourmaline bought resource rights in the Montney from Saguaro Resources Ltd. for C$205 million. It also offloaded production royalty and infrastructure working interests in the Montney and other nearby properties to Topaz Energy Corp. for C$245 million ($201 million). Other Canadian E&Ps, including Whitecap Resources Inc. and Arc Resources Ltd. have recently boosted their Montney footprints.

Western Canadian producers may be key to supplying the Western Canadian LNG export market. The Royal Dutch Shell plc-led LNG Canada development is the only export project under construction.

However, Malaysia’s state-owned Petroliam Nasional Berhad, aka Petronas, a partner in LNG Canada, recently made an Asian LNG spot sale linked to AECO prices. More recently, Calgary-based Pembina Pipeline Corp. took a 50% stake in the proposed Cedar LNG export project, which would be sited near LNG Canada in Kitimat, BC.