Rich Montney Shale resources will let British Columbia (BC) take over from Alberta as the top Canadian natural gas producer jurisdiction within 20 years, according to two separate supply projections. 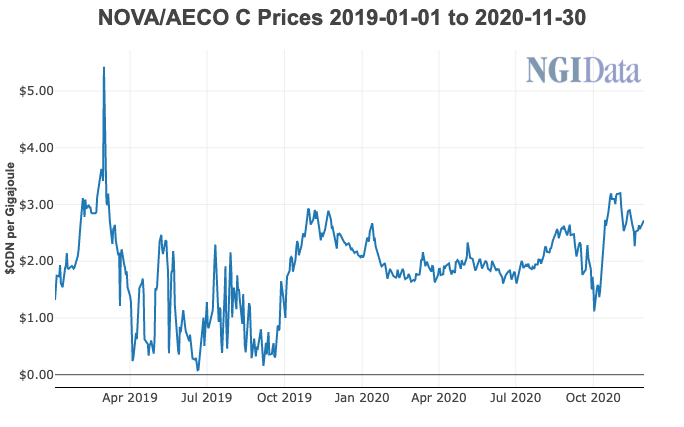 Alberta falls behind BC in the latest national outlook by the Canada Energy Regulator (CER), Canada’s Energy Future 2020. The gas lead changes in both the Reference scenario, or business as usual, and the Evolving scenario, centered around environmental policy and technology.

In addition, unconventional drilling with horizontal wells and hydraulic fracturing have entrenched Canadian gas growth in a liquid byproducts-rich Montney area within the Fort St. John region of northeastern part of the province, the BC Oil & Gas Commission (BCOGC) said in its latest reserves and production report.

The long-range Canadian gas supply pattern of BC growth and Alberta erosion is already well established, the agency’s records noted.

Alberta-based gas producers lead the supply source migration out to the northeastern BC region known as the “near frontier” in the industry, the BCOGC activity records found.

Canadian Natural in August made a takeover bid for Painted Pony to build its Montney resources. ConocoPhillips also is building an arsenal in the Montney following a $375 million bolt-on purchase from Calgary-based Kelt Exploration Ltd.

A Montney geological sweet spot, rich in premium byproducts such as propane and condensate or natural gasoline, attracts most BC drilling into a zone west of the Alaska Highway near Fort St. John. Top wells yield liquids exceeding 100 bbl/MMcf of raw gas, the BCOGC said.

Technical advances and bonus liquid byproducts offset notoriously volatile gas prices in BC. Annual producing well additions in BC peaked in 2014 at 533 and declined thereafter, to 356 in 2019.

“However, gas production has increased, illustrating improvements in per-well performance,” the BCOGC said.