France’s Total SA is joining the ranks of the biggest liquefied natural gas (LNG) operators in the world after agreeing Wednesday to buy Engie’s portfolio in a transaction worth up to $2 billion. 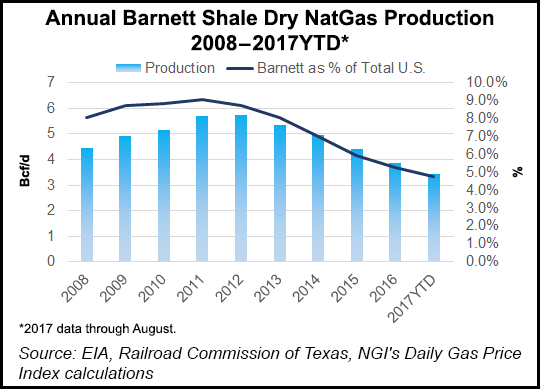 The combination of the complementary portfolios would allow the oil major to manage by 2020 overall LNG volumes totaling about 40 million metric tons/year (mmty), “making Total the second largest global player among the majors with a worldwide market share of 10%,” CEO Patrick Pouyanne said.

Total initially agreed to pay an estimated $1.49 billion for the portfolio. If oil markets were to “improve” in the coming years, Total also agreed to pay Engie up to $550 million more, but no details were provided about how the potential payment specifically would be triggered.

Total, already a substantial LNG player, would gain a 16.6% stake in the Sempra Energy-led Cameron LNG export facility in Louisiana, a 15 mmty project now scheduled to ramp in 2019.

The takeover also would increase its stakes in global liquefaction projects, long-term sales and purchase agreements, its tanker fleet and European regasification.

“The acquisition of Engie’s upstream LNG business enables Total to accelerate the implementation of its strategy to integrate along the full gas value chain, in an LNG market growing strongly at 5-6% per year,” said Pouyanne. With the equity stake in Cameron LNG, “Total will also become an integrated player in the U.S. LNG market, where the Group is already a gas producer.”

Total in late 2016 took a 23% stake in Tellurian Investments Inc., which has proposed the Driftwood LNG terminal proposed in Louisiana. The producer, active in U.S. exploration and production since 1957,works in the onshore and the Gulf of Mexico, both U.S. waters and offshore Mexico. In the onshore, Total owns and operates 100% of the former Chesapeake Energy Corp. properties in the gassy Barnett Shale and is a 25% participant in the Utica Shale field.

The transaction, set to add 2.5 mmty of liquefaction capacity to Total’s existing portfolio, would give it an estimated 23 mmty by 2020. Total pointed to the equity stake in Cameron LNG, which has three trains under construction and the potential to expand by another two trains. It also would gain a 5% equity stake in the first train of the Idku LNG project in Egypt.

Total would add Engie’s long-term LNG purchase and sale contracts, with supply from Algeria, Nigeria, Norway, Russia, Qatar and the United States, along with outlets balanced between Europe and Asia.

In addition, Total would gain access to 14 mmty of regasification capacities in Europe, which, combined with its existing 4 mmty, would allow it to balance the consolidated purchase and sales portfolio. In addition, Engie has a fleet of 12 methane carriers, including two regasification carriers, which would be added to Total’s three LNG carriers.

The proposed transaction, including customary approvals, is expected to be completed by the middle of 2018. Following the transaction, Total would take over Engie’s teams in charge of the LNG activities, representing around 180 employees.

In parallel with this transaction, Total and Engie agreed to partner to promote biogas and renewable hydrogen use, with Engie becoming Total’s priority supplier.

The deal for now provides “very little short-term cash flow” as the most material asset is the near-17% stake in Cameron LNG, which is under construction and delayed, noted Tudor, Pickering, Holt & Co. (TPH).