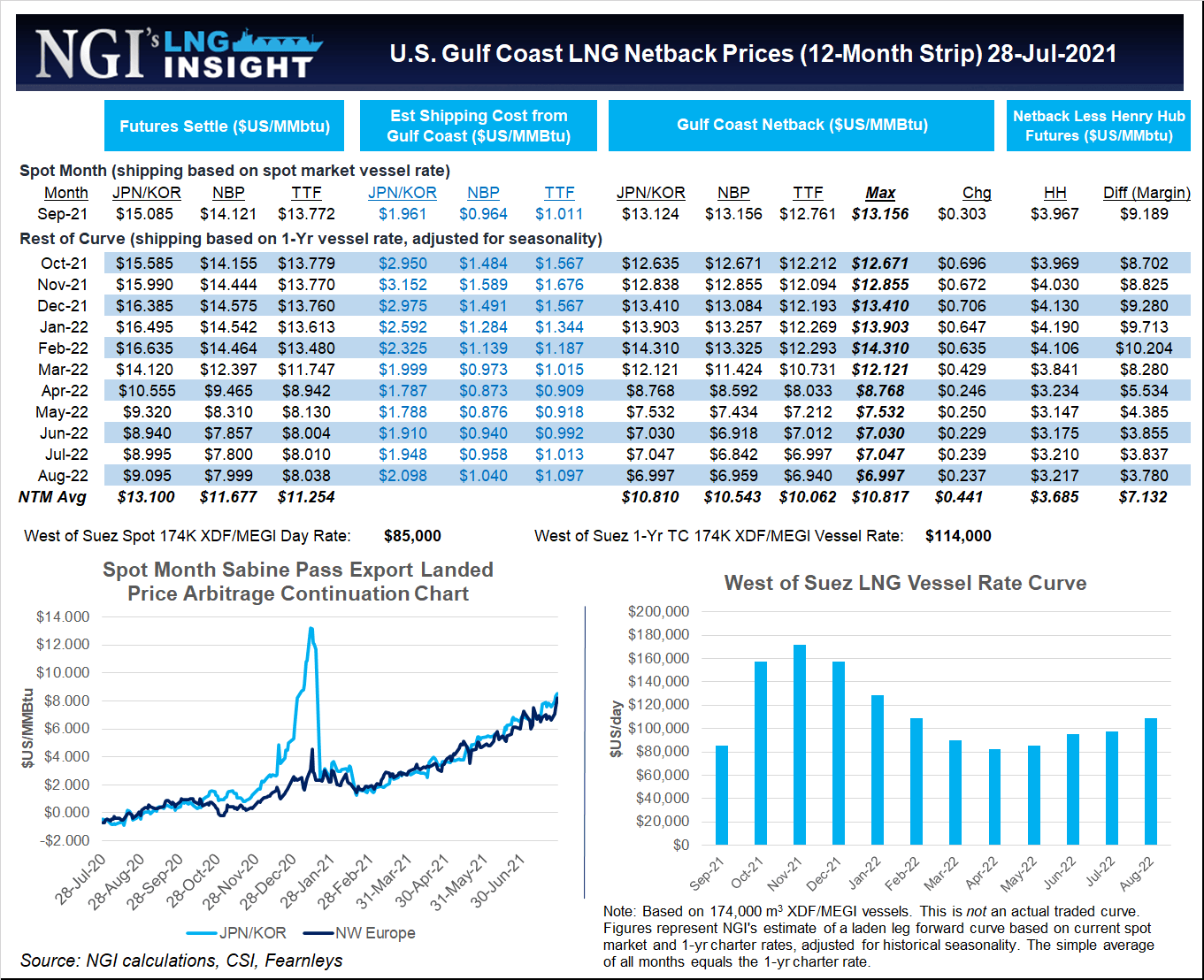 The project hasn’t been sanctioned yet, but the sale and purchase agreement (SPA) with Shell, the world’s largest LNG trader, now allows it to focus on financing the 27 mmty export project.

“With these SPAs, we have now completed the sales to support the launching of the first two plants,” Tellurian CEO Octávio Simões said. “Tellurian will now focus on financing Driftwood, in order to give Bechtel notice to proceed with construction in early 2022.”

The latest deal is the third SPA finalized since May. Like the others it signed with Vitol Inc. and Gunvor Group Ltd., Tellurian would supply Shell with LNG for 10 years at prices linked to the Japan-Korea Marker (JKM) and Dutch Title Transfer Facility (TTF) benchmarks on a free-on-board basis. The JKM and TTF prices would be netted back to the Gulf Coast to exclude shipping costs.

Unlike other U.S. supply deals that pass commodity risk through to offtakers that either secure gas for liquefaction or pay prices linked to Henry Hub plus other fees, Tellurian would be exposed to the spread between domestic prices and those overseas. While it currently produces gas in the Haynesville Shale, Tellurian doesn’t have enough reserves to completely supply the first phase of the project.

However, European and Asian prices typically come at a steep premium to North American natural gas, hitting record highs this year amid a supply crunch and keeping U.S. LNG firmly in the money.

“LNG demand is expected to nearly double by 2040,” said Shell Executive Vice President Steve Hill. “This deal secures additional competitive volumes for our portfolio by the mid-2020s, enabling us to continue providing diverse and flexible LNG supply to our customers. We look forward to working with Tellurian.”

Existing U.S. export projects have also secured financing for projects underpinned by longer supply deals with 20-year terms, raising questions about how Tellurian will secure commitments from investment banks as it moves to the next stage of development.