Royal Dutch Shell plc is vowing to appeal what it called a “disappointing court decision” after a Dutch court ruled the energy major had to reduce its carbon emissions in 2030 by 45%, sharply more than planned. 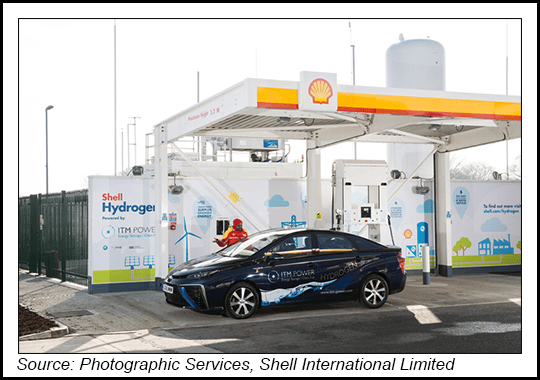 The landmark ruling by the district court in The Hague, where the supermajor is headquartered, would require Shell to reduce CO2 emissions by 45% across the entire business group, as well as those of suppliers and customers, from 2019 levels.

Shell is “fully expected to appeal” the “disappointing court decision,” a spokesperson said. “Urgent action is needed on climate change, which is why we have accelerated our efforts to become a net-zero emissions energy company by 2050.” The company is investing “billions of dollars in low-carbon energy, including electric vehicle charging, hydrogen, renewables and biofuels.”

The case was filed in 2019 by seven conservation groups including Friends of the Earth and Greenpeace on behalf of 17,200-plus Dutch citizens. The plaintiffs argued that Shell’s business model “is endangering human rights and lives” by posing a threat to the goals laid out in the United Nations climate accord.

“The Shell group is one of the largest producers and suppliers of fossil fuels worldwide,” the court said. “The CO2 emissions of the Shell group, its suppliers and customers are greater than those of many countries. This contributes to global warming, which leads to dangerous climate change and poses serious risks to human rights.”
The court noted that it is generally accepted that companies must respect human rights.

Shell has an obligation, the court said, to exert its influence and make best efforts to reduce CO2 emissions from across the supply chain. One example would be the purchasing policy, said the court.

Shell has the right to meet its obligations as it sees fit, the court said. It also noted that the company was not found to be in breach of its obligations, as the plaintiffs argued.

Shell’s policies have improved but as they are not concrete, there are “many reservations,” the court said. The ruling is “based on following social developments instead of a personal responsibility to ensure CO2 reduction.” Still, the order was granted as there is an “imminent violation of the reduction obligation.”

The court’s ruling on Wednesday was the third setback for the day for the oil and gas industry.

At their annual general meetings, ExxonMobil and Chevron Corp. each suffered climate-related rebukes by shareholders. ExxonMobil lost at least two board seats to upstart hedge fund Engine No. 1. Chevron shareholders voted by a 61% margin to push the company to reduce customer carbon emissions, aka Scope 3 emissions.

At its annual general meeting in May, shareholders voted in favor of Shell’s energy transition plans. The supermajor had requested support for the strategy, and 88.74% approved it in a nonbinding vote. Shell plans to update its strategy every three years through 2050. It also plans to seek an advisory vote on its progress and targets every year beginning in 2022.

Rystad Energy said the ruling could have implications for the entire oil and gas industry. Shale Research head Artem Abramov said when he saw the news, “the first thing I did was to check the stock market reaction. Looking at the general market movements among peer firms today I saw no major net reaction at all. As shareholders kept their calm, I conclude that the news has little relevance for the actual business and the significance of this ruling could be somewhat exaggerated.

“Of course this court decision is the first of its kind globally, and that deserves attention, but there will be a thorough appeal process as already outlined by Shell,” Abramov said. “Divesting certain projects in the Middle East, Nigeria, Malaysia and [a] few other countries would probably be the easiest way to comply with the court ruling if the company chooses or is forced to do so. However, other than setting a precedent, there are no immediate implications for the general oil industry. Even if Shell divests high emission assets, they will just change hands, not be taken off the global energy map.”

Shell “has very competitive emission intensity” among exploration and production (E&P) companies in general and in the regions where it is mostly active, such as the Permian Basin, Abramov noted.

“For example, Shell always had very low flaring intensity in the Permian even back in 2018-2019 when the basin was struggling with infrastructure bottlenecks. So it is definitely hard to argue that Shell is not doing much to reduce emission intensity structurally.”

Rystad data show that 45% of Shell’s direct carbon emissions, aka Scope 1, are from only 14% of its total portfolio production.

Rystad’s chief analyst Per Magnus Nysveen said it was “hard to imagine a final ruling that will condemn oil companies for end-use emissions. E&P companies might one day be held liable for high or unnecessary emissions from the oilfields, but this is more difficult to happen for emissions by cars…

“In my opinion this ruling has negligible chance to survive appeals,” he said. “It is not surprising, however, that we see this low court ruling occur in the Netherlands, as the country’s public opinion is particularly sensitive to the climate impacts of the energy industry.”

Still, plaintiffs were encouraged by the ruling.

Friends of the Earth’s Sara Shaw, who coordinates climate justice and energy, said the Shell verdict could “trigger a wave of climate litigation against big polluters to force them to stop extracting and burning fossil fuels.”