Meanwhile, local stakeholders are preparing to file an application to the state for a Keystone Opportunity Expansion Zone (KOEZ) for the ethane cracker site. Such a designation would, if ultimately approved by the state, give Shell up to 22 years of tax exceptions and abatements.

On Monday, the Beaver County Commissioners announced that Shell Chemical LP has made an initial proposal to pay localities 110% of the annual property tax revenue currently being paid by Horsehead Holding Corp., which owns the site for the proposed cracker. Under state law, 110% is the maximum allowable for payments-in-lieu-of-taxes (PILOT).

County tax records show Horsehead, a zinc producer, was assessed $6,203,350 for the 39 parcels it owns in the county for the 2013 tax year. Of those parcels, 37 lie within Potter Township, two are in Center Township, and all are within the Central Valley School District.

At 110%, Shell’s offer could amount to an annual payment of about $6.82 million over 22 years, but the county board said negotiations with Shell would take place over the next several months. On Tuesday, the Pittsburgh Post-Gazette calculated $7.6 million in payments over 22 years.

“This PILOT proposal represents a real commitment to our community and the people of Beaver County,” said Tony Amadio, Chairman of the Beaver County Commissioners. “If the Shell project moves forward, a PILOT would help us to ensure the financial sustainability of our county, municipalities and school districts in the years to come.”

Amadio added that over the next several months, the county, townships and school district would all need to approve the application for a KOEZ zone, a program that is administered by the state Department of Community and Economic Development (DCED).

“All of the local officials have been very pleased with the high level of local engagement from the Shell personnel who are working on this proposed facility,” Amadio said. “We can already see that Shell Chemical will be a strong corporate partner who will help revitalize our local and state economy through this major investment.”

Potter Township Supervisor Rebecca Matsco told NGI’s Shale Daily that the township was also eager to welcome Shell, but characterized the process to woo the company to the region as “slow and deliberate” so far.

“I think that has a lot to do with the way Shell is conducting its research into the proposed site,” Matsco said Tuesday. “From what we’re aware of, there’s still a lot of work that needs to be done on Shell’s side. They are looking to make sure the plant is going to be economically viable, that they have the feedstock they need, and transportation issues. There are all kinds of logistical things, including the design of the plant itself, that need to be worked out.

Asked about the KOEZ application, Matsco said, “I think we’re probably looking at a couple of months yet before we can see what that’s going to look like. It has a lot to do with the design of the plant and just what sort of footprint it’s going to require.”

DCED spokesman Steve Kratz told NGI’s Shale Daily that the localities would need to introduce and adopt two separate resolutions for the KOEZ: the first for the 15-year designation and the second for a seven-year extension.

“Economic viability is definitely one of the items that Shell is considering,” Kratz said Tuesday. “Increasing the [KOEZ] from 15 years to 22 years certainly increases the economic viability of the site. They can file those [resolutions] simultaneously with DCED, but we would evaluate their applications to make sure they meet the criteria of the program and make a determination based on that.”

Kratz added that a KOEZ could comprise up to 350 acres, the parcels for which would not have to be contiguous.

In February, the Pennsylvania General Assembly passed a bill amending the state’s Keystone Opportunity Zone (KOZ) program — also administered by the DCED — to offer a series of tax breaks for 15 years to companies that invest at least $1 billion and create at least 400 new, permanent, full-time jobs within seven years (see Shale Daily, Feb. 6). Gov. Tom Corbett signed the bill into law on Feb. 14. Kratz said the site for the proposed ethane cracker is not in a designated KOZ.

Five months later, Corbett and the General Assembly offered potentially billions in tax breaks over a 25-year period to companies investing in an ethane cracker and associated manufacturing facilities (see Shale Daily, July 3). SB 1563 makes companies (not just Shell) that purchase ethane in Pennsylvania to make ethylene eligible for a 5 cent/gallon tax credit on their purchase that could then be applied toward up to 20% of any qualified tax liabilities for the taxable year.

Shell Chemical LP signed an option to purchase land from Horsehead in March. Since then the company has been weighing the economic feasibility of a cracker — possibly capable of processing 60,000-80,000 b/d of ethane — at the site (see Shale Daily, June 12; March 16). 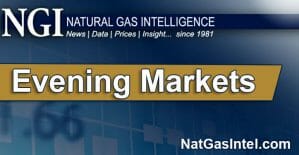