Several years after the proposal was shelved, Repsol SA may revive a plan to export natural gas from its Atlantic Canada LNG import terminal. 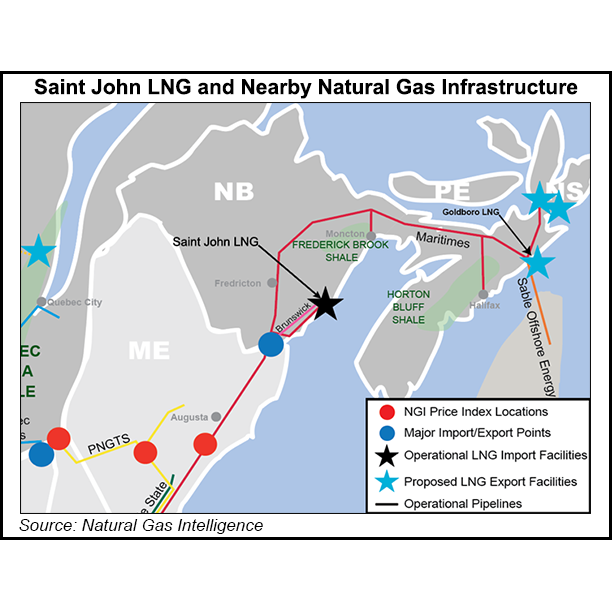 Five years earlier in 2016, Repsol and Irving Oil Ltd. had nixed a plan to add export capability at the terminal. Canada’s top energy regulator then awarded the former partners a trading license to allow LNG imports and exports.

In weighing LNG exports from New Brunswick, Alvarez-Pedrosa said “we are not talking about converting, but adding a new facility” at the former Canaport that would have “dual regasification plus a liquefaction unit.”

Citing Europe’s emergence as an attractive LNG destination with the loss of Russian gas flows, he said a dual regasification/liquefaction facility “probably makes sense.” However, various factors, such as an LNG offtake agreement on the order of 15-20 years and a toll framework that would ensure Western Canada gas was competitive, would need to be in place.

“I’m talking of things that are not in our hands,” Alvarez-Pedrosa said. “But, it could be…possible in the framework of the energy crisis we are seeing.”

Support In Canada And Spain

“During the second quarter, our industry faced a complex scenario that was triggered by changes in the geopolitical context, racing energy prices, and growing concerns on the security of supply,” said CEO Josu Jon Imaz.

Government officials on both sides of the Atlantic have observed that the potential project could help to ease Europe’s energy security woes.

In a joint statement during the recent North Atlantic Treaty Organization (NATO) summit in Madrid, the Canadian and Spanish governments expressed unity in promoting “short- and long-term strategic interests” regarding energy security and environmental sustainability.

“Specifically, we note the potential of Repsol’s…facility in Saint John, New Brunswick, to eventually export LNG to Europe,” according to the statement in late June by Canadian Prime Minister Justin Trudeau’s office. “Spain’s LNG regasification plants may provide needed capacity to support efforts to reduce European reliance on Russian energy.”

“I’m fully supportive of this project,” Premier Blaine Higgs said. Repsol “is in a very good position” to add infrastructure at Saint John to supply the European market. Higgs said LNG export capability could be provided in about one-half of the estimated six to 10 years it would take to get hydrogen production facilities for the region up and running.