Fresh global recession fears have emerged amid intensifying inflation, rising interest rates and the specter of new pandemic-driven lockdowns in China that could further disrupt supply chains. A downturn could diminish demand for oil and natural gas after a robust start to 2022 fueled energy market rallies. 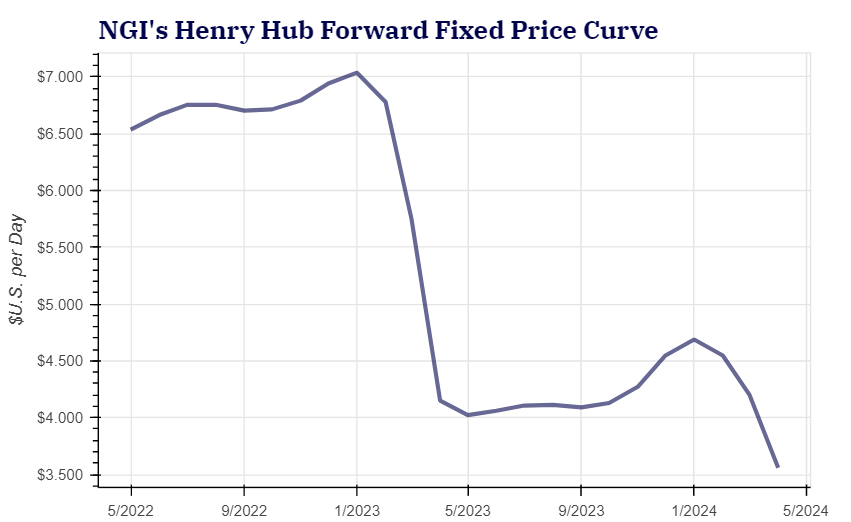 Most recently, Chinese officials in Beijing on Monday said they were tracking new coronavirus flare-ups in the city of more than 20 million, a development that could necessitate new lockdowns. This follows recent weeks-long restrictions in Shanghai that brought China’s largest city and financial hub to an economic standstill. Still, the city on Monday reported more than 19,000 new coronavirus cases.

Economists are warning that new lockdowns could once again cripple global supply chains, given China’s outsized influence as an exporter. The United States, for example, imported more goods from China over the past decade than any other country.

Already, oil consumption and industrial demand for natural gas are waning in China amid the new restrictions, according to Rystad Energy. China, the world’s biggest importer of liquefied natural gas (LNG), is selling excess supply because lockdowns have tapered demand.

What’s more, Shanghai, home to the largest port in the world, is struggling to load and unload cargo because of permit restrictions and labor challenges linked to the pandemic. The Rystad analysts said this could have substantial knock-on effects for the global economy, reigniting the supply chain headaches that permeated the world over the past two years. This, in turn, could taper commercial and industrial oil and gas demand in the United States and other Western countries.

At the same time, inflation is soaring. The U.S. consumer price index hit a 40-year high in March. Lofty costs have begun to impact consumer spending, notably including on gasoline. Prices at the pump reached a record level last month, according to AAA, forcing a pullback on consumption.

The American Petroleum Institute noted in a report that U.S. petroleum demand in March declined 5.9% month/month to 20.4 million b/d. The United States exported 500,000 b/d more petroleum than it imported last month, according to the report.

OPEC researchers this month lowered their forecast for global oil demand, citing lighter economic growth in Asia. The cartel said consumption this year would grow by 3.7 million b/d to 100.5 million b/d – about 500,000 b/d lower than its outlook in March.

The International Energy Agency (IEA) lowered its estimate for global oil demand by 260,000 b/d for the year versus its previous report in March. Demand is now expected to average 99.4 million b/d in 2022, still up by 1.9 million b/d from 2021 but low enough for global consumption to be balanced with supply in the second quarter at 98.3 million b/d.

Domestic natural gas demand, meanwhile, has begun to recede amid mild spring weather. Demand for exports of U.S. LNG, while still robust, has this month moderated and come down from record levels in March.

The U.S. Energy Information Administration estimated that domestic natural gas consumption will average 84.1 Bcf/d for 2022, a 1% increase over 2021 levels. Still, that assumes 3.4% growth in U.S. gross domestic product this year.

The U.S. Federal Reserve in March raised its benchmark interest rate and vowed to follow with several more hikes this year. Central banks in Europe have made similar moves to curb spending and counter inflation exacerbated by Russia’s war in Ukraine.

Western sanctions against Russia have battered that country’s economy and energy complex. Russia’s exports of oil, in particular, have dropped and added to inflationary worries and supply chain problems.

“It’s subjective, but economists generally put the odds of a recession in the next 12 months at around 25-30%,” Brown said. That is a marked change from nearly across the board expectations for solid economic growth at the start of this year.

The International Monetary Fund (IMF) said in its World Economic Outlook that global economic growth was expected to slow this year to 3.6% from 6.1% in 2021.

The IMF cited inflation, rising rates, lockdowns in China and festering supply chain disruptions. It also called out the war in Ukraine, sanctions against Russia and elevated commodity prices as potential recessionary headwinds.

“Global economic prospects have been severely set back, largely because of Russia’s invasion of Ukraine,” the IMF’s Pierre-Olivier Gourinchas, chief economist, said at a news briefing last week. “This crisis unfolds as the global economy has not yet fully recovered from the pandemic.”

Absent pandemic pressures, Rystad’s Galimberti said, oil prices could surge this summer to a level beyond affordability because of the war in Ukraine. That could prove likely if Europe decides to follow the U.S. lead and embargos Russian oil imports.