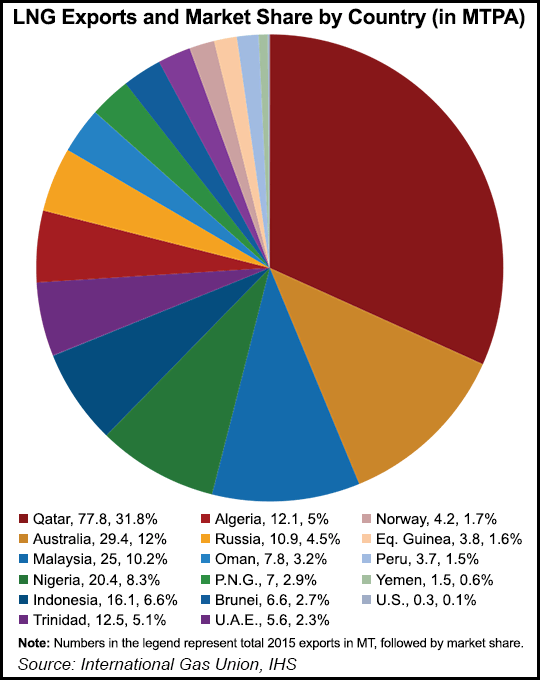 The combined company will operate all of the LNG ventures of QP. The move is seen as a cost-cutting measure amid slumping oil prices.

“The integration aims to create a truly unique global energy operator in terms of size, service and reliability,” said QP CEO Saad Sherida Al-Kaabi. “We will merge the distinctive resources and capabilities of Qatargas and RasGas to create even higher value for our stakeholders, and enhance our competitive position.”

The integration is expected to start immediately and be completed within 12 months, QP said.

Qatar alone accounted for nearly one-third of the global trade exports and was the world’s largest LNG exporter, IGU said. Qatar had 31.8% of the market and exported 77.8 million tonnes per annum (mtpa). “Though Qatar remained the largest liquefaction capacity holder as of January 2016, Australia is expected to become the largest source of capacity by 2018,” IGU said.