Privately held ProFrac Holdings LLC has clinched an all-cash agreement worth around $407.5 million to absorb FTS International Inc., which could create one of the largest pressure pumping companies focused in the Lower 48. 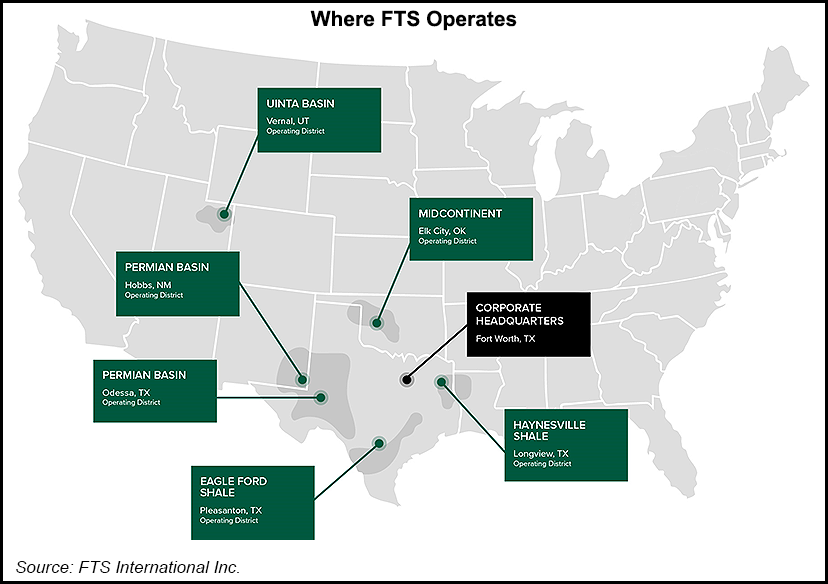 ProFrac, based in Willow Park, TX, was formed in May 2016 by CEO Ladd Wilks and his brother Matthew Wilks, who is CFO. FTS, headquartered in Fort Worth, TX,  is a publicly held pure-play hydraulic fracturing provider that provides completions services across the Lower 48.

“We have long respected FTS and the people that have guided them through the past few years to the position of strength they are in today,” said Ladd Wilks. “Together, these two organizations, which share an employee-centric vision and approach to operating in a dynamic industry, will create the scale needed to deliver the reliable, efficient and technology-led service our customers need.”

The FTS board voted unanimously in favor of the transaction, which would pay $26.52/share, an estimated 14% premium to the average price over the previous two months. The agreement includes a 45-day “go-shop” period expiring Dec. 5 during which time FTS may solicit acquisition proposals from third parties. The FTS board also has the right to terminate the merger agreement with ProFrac “to enter into a superior proposal,” subject to the terms and conditions of the agreement.

The all-cash offer “is in the best interest of all stockholders,” said FTS Chairman Eugene Davis. The board “recognizes industry dynamics remain fluid and believes that the 45-day ‘go-shop’ provides us the optimal structure to execute this transaction. I’m confident this combination will create a stronger organization to successfully compete in our rapidly evolving industry.”

After taking a sharp hit from Covid-19’s impact on the oil and gas sector, FTS sought Chapter 11 protection and emerged in November. The company had gotten off to a hot start this year as the economy began to recover, with 13 fracture fleets in operation during 1Q2021, versus 10.5 in the fourth quarter.

“Our utilization in the third quarter was less than we expected due to unusually high customer-driven downtime,” CEO Michael Doss said. “Pricing, net of inflation, was above expectations and is expected to increase further in the fourth quarter.”

In merging with ProFrac, Doss said the combined company “will be in a better position to succeed through cycles, deliver the best level of service to our customers and retain the industry’s best talent.”

The transaction is expected to be completed by the end of March, pending approval by FTS shareholders but excluding its largest shareholder, THRC Holdings, a ProFrac affiliate.