In reaction to the coronavirus pandemic and untenable oil prices, Royal Dutch Shell plc on Monday reduced capital spending by $5 billion and Total SA cut its spending by $3 billion. 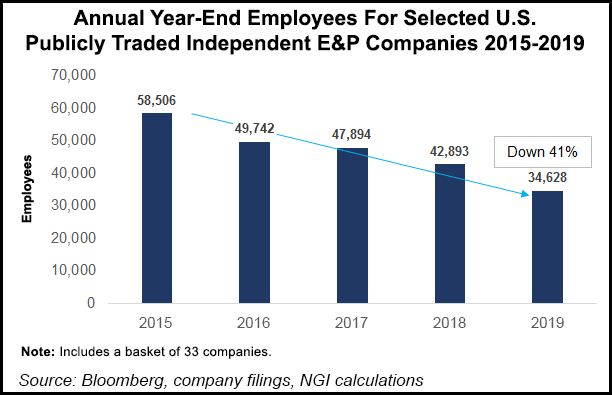 The Covid-19 virus continues to spread across the globe, with millions of people sheltering in place. Meanwhile, the oil price war that erupted earlier this month between Russia and the Organization of the Petroleum Exporting Countries (OPEC) shows no signs of abating.

“In the near term, we agree that investors have every reason to be worried,” said Morningstar Equity Research analyst Preston Caldwell. “We project that 2020 oil demand will fall 2.8 million b/d (2.8%), the largest single-year drop in nearly 40 years.

“Because oil producers cannot adjust overnight, global oil markets are likely to be oversupplied on the order of 3.3 million b/d in 2020, which dwarfs the excess seen in the 2014-16 downturn.”

However, Morningstar’s analyst team thinks “energy investors are letting myopia get the best of them. We believe long-run oil demand will be nearly unscathed by Covid-19 (because of near-complete economic recovery), with robust catch-up growth after 2020. Eventually, we think this will cause a return to oil supply growth by the end of 2022, which can only be fueled if oil prices recover to our midcycle forecast of $55/bbl West Texas Intermediate (WTI).”

Lower oil prices in the near term should boost oil demand, Caldwell said, “as oil demand does have a significant price elasticity. For 2020, this effect may not be large, as there is usually a lag between price changes and demand impact. Also, Covid-related risks are likely to dwarf oil prices in consumers’ calculus on whether to take an additional trip.

“However, if oil prices remain low in 2021 (as is likely, with the strip at $32/bbl WTI), then demand could be higher than our current expectations.”

In the near term, producers and oilfield services (OFS) operators are pulling whatever levers they have at their disposal to cope with the unparalleled global events. On Monday the first of the Big Energy majors based in Europe announced they would cut capex and dividends.

To be “well positioned for the eventual economic recovery,” Shell has undertaken several actions, CEO Ben van Beurden said. Some of those actions have already impacted the liquefied natural gas (LNG) project in British Columbia, LNG Canada, as well as the massive ethane cracker underway in Pennsylvania.

The Shell-led LNG Canada export project plans to cut by half its 2,000-person workforce by suspending the arrival of half of its commuter crew rotations. Remaining workers would be focused on project essentials such as fulfilling permit schedule commitments and receiving overseas cargos of plant parts and construction materials. Freighter sailors have been confined to their ships.

In addition, Shell earlier this month temporarily suspended construction in Western Pennsylvania at the 1.6 million metric ton/year ethane cracker because of the coronavirus. The Pennsylvania cracker, with an estimated 8,000-person crew, is being constructed on a 400-acre site adjacent to the Ohio River in Beaver County, about 30 miles northwest of Pittsburgh.

“As well as protecting our staff and customers in this difficult time, we are also taking immediate steps to ensure the financial strength and resilience of our business,” van Beurden said Monday.

“The combination of steeply falling oil demand and rapidly increasing supply may be unique, but Shell has weathered market volatility many times in the past.”

To deliver sustainable cash flow generation, Shell is “actively managing all our operational and financial levers, from focusing on maintaining safe and reliable operations each day to reducing capital spend and operating expenses.”

The initiatives are expected to reduce underlying operating costs by $3-4 billion/year over the next 12 months versus 2019 levels. In addition, Shell has reduced capital expenditures (capex) to $20 billion, below the planned level of $25 billion.

Reducing capex and costs are expected to contribute $8-9 billion of free cash flow, Shell said. The Anglo-Dutch major also remains committed to selling more than $10 billion of assets between 2019 and 2020, “but timing depends on market conditions.”

Shell’s board also has decided to not continue with the next tranche of share buybacks once the current tranche is completed. The next quarterly update is scheduled for March 31.

At Paris-based Total, CEO Patrick Pouyanné addressed the Group’s employees last week “to mobilize them in the face of the challenges ahead,” the company said, and “recalled the resilience that the Group’s teams demonstrated during the 2015-16 oil crisis…”

Total’s action plan, implemented Monday involves cutting organic capex by more than 20% for the year, or more than $3 billion, with net investments to less than $15 billion. Savings would mainly be the form of short-cycle flexible capex, “which can be arbitrated contractually over a very short time period.”

Among other things, Total anticipates saving $800 million in operating costs compared with 2019, instead of the previously announced $300 million. The company also is suspending its $2 billion buyback program, which had been set up based on oil prices averaging $60/bbl.

It also withdrew fiscal 2Q2020 guidance following the “precipitous fall in the active rig count following the recent OPEC meeting in mid-March, and the increasing concerns over the ultimate impact of Covid-19, which together manifested in the lowest oil prices in 20 years this past week,” CEO John Lindsay said.

H&P also is reassessing optimal cash deployment plans, including the levels of future dividends. “The adverse and abrupt changes in market conditions we have experienced in these last few weeks have culminated this past week in being severe enough to cause us to withdraw our previous guidance for our fiscal second quarter,” CFO Mark Smith Said. “We are moving forward to rapidly decrease costs and reduce levels of capital expenditures.” However, “H&P remains very well positioned to face the challenging times ahead.”