Equinor ASA said its Norwegian exports to the rest of Europe increased by 18% year/year in the second quarter. Norway is Europe’s second largest gas supplier behind Russia, which has cut exports to the continent amid its war in Ukraine.

“Equinor has become Europe’s most important supplier of energy during this conflict, making it essential that we provide reliable operations,” said CEO Anders Opedal after the company issued its second quarter financial results.

EU countries agreed to reduce gas consumption by 15% until next spring after Russia’s Gazprom PJSC reduced daily volumes on Nord Stream 1 to 20% of capacity.

Nearly 60.8 billion cubic meters (Bcm) of gas was produced across the Norwegian Continental Shelf (NCS) during the first half of this year, and production is expected to more than double to 122 Bcm for the full year, according to the Norwegian Ministry of Petroleum and Energy.

Norway’s 2021 gas production amounted to 113.2 Bcm. The country supplied nearly 25% of European gas demand last year.  Norway exports about 95% of its gas via pipeline to Belgium, Germany, France and the UK. Export volumes were nominated near capacity at 336 MMcm/d on Thursday, or about 12 Bcf/d, according to grid operator Gassco.

The Norwegian Petroleum Directorate said the production increase is mainly because of high demand for gas in Europe, and gas prices that have hit all-time highs this year.

“Norway production is currently trending at 333 MMcm/d compared to a June average of 298 MMcm/d,” said Rystad Energy analyst Kaushal Ramesh. He added that the country has committed to supply another 8 Bcm to Europe compared with last year’s levels, or nearly all of its planned incremental production.

“Certainly this will provide some supply relief and help with storage injection, but this will be secondary to what United States LNG can provide,” Ramesh told NGI.

The United States committed earlier this year to sending 15 Bcm of liquefied natural gas to Europe in 2022 and 50 Bcm a year through at least 2030. For now, the United States is on track to meet its 2022 target as the bulk of American cargoes this year have headed to Europe.

Moreover, the European Commission (EC) agreed with Norway last month to source more gas to help meet the Russian pipeline shortfall. Under the agreement, both countries would also focus on offshore renewable energy, hydrogen, carbon capture and storage, and energy research and development.

The EC said given the “high production levels seen in Norway in the first months of the year –  a trend that is anticipated to continue for the rest of the year – there is strong potential for increased [Norwegian] sales to Europe in 2022, bringing close to 100 TWh of extra energy to the European market.”

Additional Norwegian production would likely help to fill underground storage facilities for the winter season. EU inventories are at 67.5% of capacity and slightly above the five-year average. Europe is aiming to fill storage to 80% of capacity before winter and to 90% next year.

The Norwegian government has authorized gas export increases from the Heidrun, Oseberg and Troll fields through the summer. Applications were approved in early July to increase production from four other fields as well.

The Norwegian ministry also approved a development plan for the third phase of the second largest gas field offshore Norway, the Ormen Lange field.  Production is expected to start from the third phase by 2025.

“The most important thing Norway can do in today’s challenging energy situation for Europe and the world is to facilitate companies operating on the NCS to keep the current high production,” Norway’s Terje Aasland, petroleum and energy minister, said earlier this month. 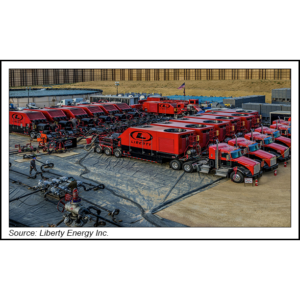