Driven by the Bakken Shale play, North Dakota’s oil and natural gas production continued to soar in May, but well completion rates were slowing amid a continued boom for drilling new wells, according to the latest monthly report from the state’s Department of Mineral Resources (DMR). 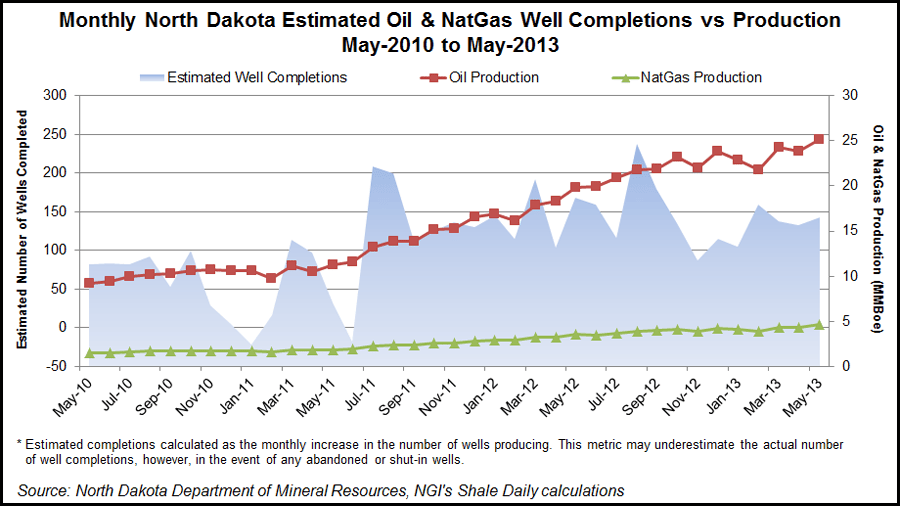 Natural gas delivered to Northern Border Pipeline at Watford City, ND, was down by 31 cents to $3.20/Mcf in May, and additions to gathering and processing for the Bakken high-liquids-content gas were what Helms called “catching up,” although the portion of flared gas stubbornly remained at 29%.

Helms cited a number of contributing factors for the slowing of completions, including load restrictions that remained in place because May turned out to be the wettest on record, closing roads and restricting traffic; continuing uncertainty regarding federal policies on taxation and hydraulic fracturing regulations; and federal budget pressures calling for elimination of deductions for intangible drilling costs and the depletion allowance.

“At the end of May there were about 500 wells waiting on completion services, an increase of 10,” Helms said.