Mexico is unlikely to substantially increase its natural gas production over the next five to six years, according to upstream regulator Comisión Nacional de Hidrocarburos (CNH). 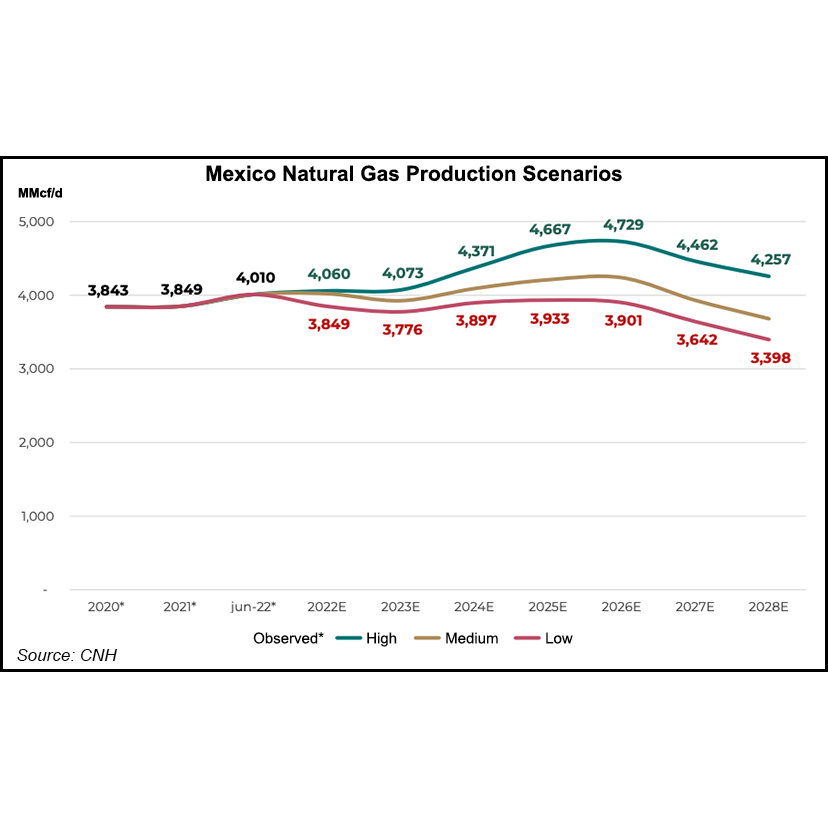 In its latest “prospectiva” or outlook for oil and natural gas output, the regulator modeled high, low and medium production growth scenarios for each hydrocarbon.

Mexico’s natural gas demand, meanwhile, is forecast to grow at an average annual rate of 1.4% during the 2021-2025 period, according to the International Energy Agency’s (IEA) latest quarterly gas market report.

Imports on the Rise

Mexico’s natural gas production is expected to “[continue] its declining trend” over the period, IEA researchers said, in line with the CNH modeling.

The decline in production, combined with a slow but steady rise in demand, are expected to drive continued growth in U.S. to Mexico gas flows.

U.S. exports to Mexico are expected to grow at an annual average rate of 4% over the forecast period, slowing from a previous 8% in 2017-2021 researchers said.

Imports, practically all of which come from the United States via pipeline, accounted for 69% of Mexico’s gas consumption as of June 2022, according to CNH data. Excluding gas produced and consumed by state oil company Petróleos Mexicanos (Pemex), imports supplied 86% of national demand.

Several LNG export projects are in the works in Mexico, with the objective of re-exporting gas imported by pipeline from the United States. 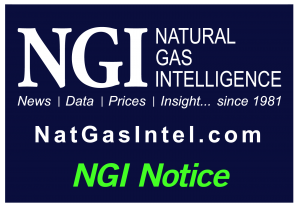 NGI has made a revision to our February 2023 Bidweek prices that affects the following locations: • Chicago Citygate • Chicago – Nicor Gas • Chicago – NIPSCO • Midwest Regional Avg. The revised data was posted to web, API, FTP and PDF on the afternoon of Thursday, Feb. 2 and we request that all…