A “supply shock” to the global energy markets being created by North American oil production will be as transformative to the market over the next five years as was the rise of Chinese demand in the last 15, forcing operators to overhaul global investment strategies and reshape the way oil is transported, stored and refined, the International Energy Agency (IEA) said Tuesday. 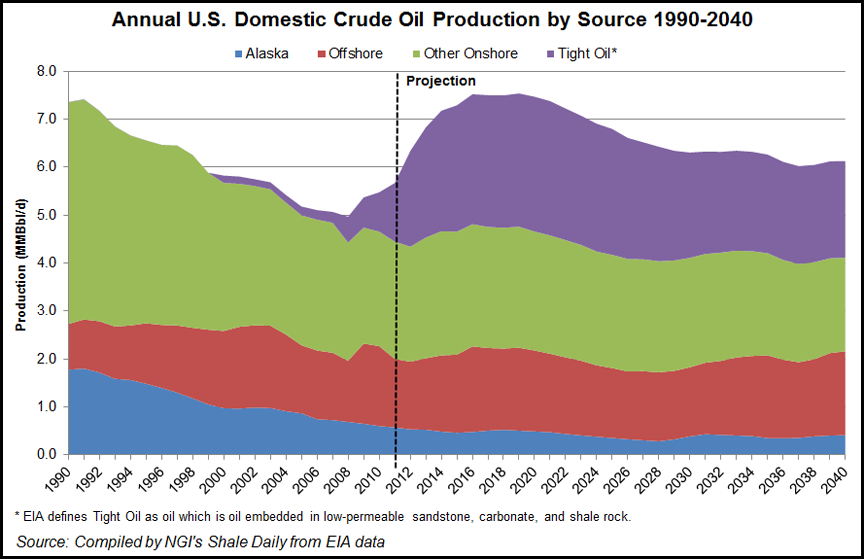 According to the annual Medium-Term Oil Market Report, the effects of a continued surge in North American supply, led by U.S. light, tight oil, or LTO, and Canada’s oilsands, will flow across global markets. Unconventional oil development beyond North America may not be a large-scale reality in the five-year time frame, but “the technologies responsible for the boom will increase production from mature, conventional fields,” which may lead operators to “reconsider” investments in higher-risk areas.

“North America has set off a supply shock that is sending ripples throughout the world,” said IEA Executive Director Maria van der Hoeven, who unveiled the report in London. “The good news is that this is helping to ease a market that was relatively tight for several years.

“The technology that unlocked the bonanza in places like North Dakota can and will be applied elsewhere, potentially leading to a broad reassessment of reserves. But as companies rethink their strategies, and as emerging economies become the leading players in the refining and demand sectors, not everyone will be a winner.”

“At the same time, massive refinery capacity increases in non-OECD economies are accelerating a broad restructuring of the global refining industry and oil trading patterns. European refiners will see no let-up from the squeeze caused by increasing U.S. product exports and the new Asian and Middle Eastern refining titans,” IEA analysts found.

North American supply is forecast to increase by 3.9 million b/d to 2018 from 2012, or nearly two-thirds of the 6.9 million b/d of the total forecast growth outside of OPEC. World liquid production capacity is seen increasing by 8.4 million b/d, “significantly faster than demand,” which is projected to expand by 6.9 million b/d. “Global refining capacity will post even steeper growth, surging by 9.5 million b/d, led by China and the Middle East.”

“Having helped offset record supply disruptions in 2012, North American supply is expected to continue to compensate for declines and delays elsewhere, but only if necessary infrastructure is put in place. Failing that, bottlenecks could pressure prices lower and slow development.”

OPEC will remain a key player in the oil markets, but production capacity growth “will be adversely affected by growing insecurity in North and Sub-Saharan Africa.” OPEC capacity is seen gaining 1.75 million b/d to 36.75 million b/d, about 750,000 b/d less than was forecast by IEA in 2012.

Iraq, Saudi Arabia and the United Arab Emirates “will lead the growth, but OPEC’s lower-than-expected aggregate additions to global capacity will boost the relative share of North America.”

More participation by developing economies in the oil market “will be associated with continued growth in commercial and strategic storage capacity, along with strategically located storage hubs to support long-haul crude and product trade. African economies will play a larger role in the global market than previously expected. Although data leave room for improvement, there is strong evidence that African oil demand has been routinely underestimated, and may grow by a further 1 million b/d over the next five years.”

IEA’s oil market outlook is one of a series of forecasts devoted to the primary energy resources: oil, gas, coal and renewable energy. This year IEA also launched an energy efficiency outlook.