Natural Gas Intelligence (NGI) is moving forward with some of the changes it proposed in February to better align with marketplace trends, which include shifting to a three-day bidweek trading period instead of the traditional five days in its bidweek determination period. NGI also is making a number of changes to its price index listings to keep pace with changes in the market and trading patterns. 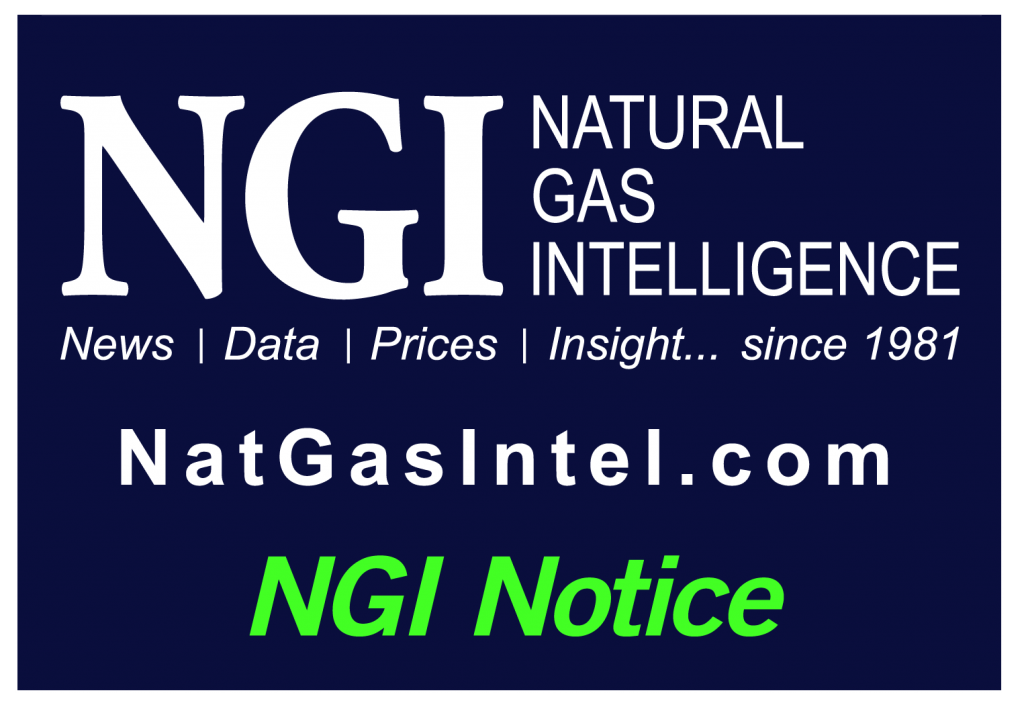 After gathering feedback from price reporters, its subscribers and the market over the past few months, NGI plans to implement the bidweek change starting with the October 2021 bidweek trading period, which begins Sept. 24. NGI had previously considered implementing the change for the June 2021 bidweek.

The change would align the bidweek price index determination period with the final three-day settlement period of the natural gas futures contract traded at the Chicago Mercantile Exchange (CME).

Deals conducted after the CME settlement on the final two business days of the month (days four and five), which typically see low volume and high price volatility, would no longer be included in NGI’s bidweek price determination process. Price reporters would be permitted to submit their deals for days one through three by the close of the following business day (previously day four). NGI would publish its first of the month indexes no later than the afternoon of the first business day of the month.

“These changes to the bidweek price determination window allow us to align ourselves with current-day trading patterns,” said NGI’s Dexter Steis, Executive Publisher. “We have seen a shift toward more trading in the first three days and, as a result, the paucity of bidweek trading on days four and five was really no longer reflective of the 30-day baseload bidweek marketplace.”

In an effort to reflect changes in the natural gas market, NGI also is making several modifications to the various price index services it offers.

These include the addition of one new location, changes to nine existing locations, clarification of NGI’s description of one index and the ceasing of publication of three others. The changes are set to go into effect June 1.

“Most of these changes are the result of merger and acquisition activity, the continued evolution of pipeline tariffs or the residual aftermath of changes in regional gas flows stemming from new pipelines going into service the last few years, particularly Rover Pipeline and Nexus Gas Transmission,” said NGI’s Patrick Rau, director of Strategy & Research.

Specifically, NGI is adding the Ventura pricing location to the list of indexes included in the Midcontinent region. The Ventura location would be the weighted average of NGI’s existing Northern Natural Ventura and Northern Border Ventura locations, which would continue to be published as breakout locations under the new Ventura index.

In addition, NGI is changing the name of several locations that align with recent market developments.

The Dominion North and South locations are being changed to Eastern Gas North and South, respectively. The name change follows the sale by Dominion Energy of its transmission and storage assets to an affiliate of Berkshire Hathaway Inc.

Similarly, the Dominion Energy Cove Point location is being renamed to Cove Point, as Dominion no longer operates the liquefied natural gas facility.

In the Arizona/Nevada and Rockies regions, NGI is changing the name of several Kern River pricing locations that are more reflective of industry convention.

Also in the Rockies, the Northwest Rockies location would be modified to include deals at Opal. The change would not only conform with industry convention, but also likely result in increased volume and liquidity.

Opal, meanwhile, would now include all deals within KRGT Fuel Zone 1.

In addition, though no change to the methodology is taking place at CIG, NGI is modifying the description of the location to provide more transparency to the market.

In West Texas, the Waha location is to include deals at Waha from Arena West Texas, Agua Blanca, Gulf Coast Express and Permian Highway. Each of these locations has entered service and/or began trading on the Intercontinental Exchange beginning in October 2018.