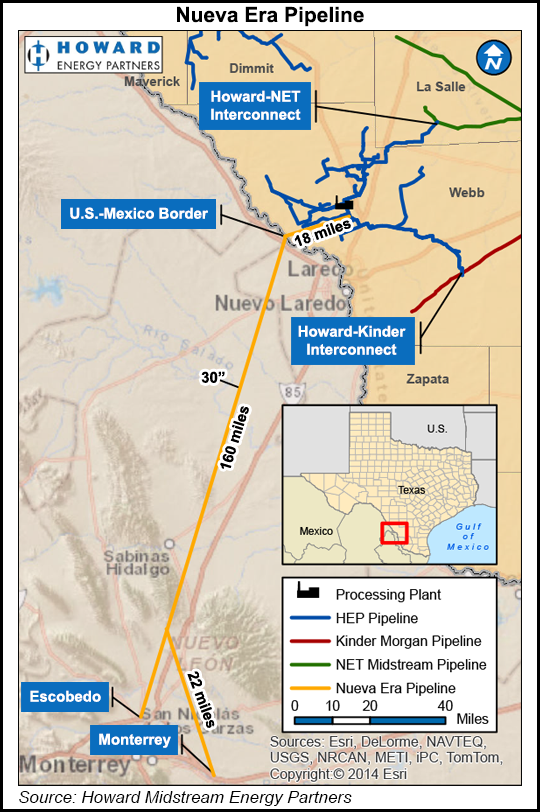 “This agreement with the CFE [Comision Federal Electricidad] marks an important step, not only for Howard Energy Partners but for the energy and midstream industry as a whole as cross-border relationships and business between the U.S. and Mexico continue to grow,” said HEP CEO Mike Howard.

The 200-mile, 30-inch diameter Nueva Era would connect HEP’s Webb County Hub in South Texas to Escobedo in Nuevo Leon, Mexico, and to the Mexico National Pipeline System in Monterrey, Mexico. CFE is the pipeline’s foundation shipper and has signed up to transport 504 MMcf/d for a 25-year term to fuel combined-cycle power plants in Escobedo.

By connecting directly to HEP’s assets in Webb County, Nueva Era would connect the wellhead directly to the consumer, providing a new, more direct route for South Texas natural gas to enter Mexico compared to the more traditional routes by which gas must move farther south before crossing the border, HEP said. According to the Railroad Commission of Texas, Webb County is the state’s largest producer of natural gas.

Nueva Era would serve conventional South Texas production, such as from the Escondido and Wilcox formations, as well as unconventional gas being produced from the Eagle Ford Shale.

“By developing a new pipeline that will directly connect Monterrey’s industrial demand center with South Texas natural gas production, we not only help the CFE significantly reduce energy costs to its customers, we create a whole new market for our customers,” Howard said.

Another open season is running through Sept. 15 to accommodate additional interest in capacity. The company has received a presidential permit from the Federal Energy Regulatory Commission that allows for the expansion of the pipeline up to 1.12 Bcf/d. It is currently designed for 600 MMcf/d. 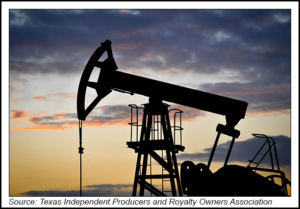