Japan is eyeing stronger North American energy partnerships and equity investments, particularly on the Pacific Coast, as part of its strategy to strengthen energy security, according to an economic ministry official. 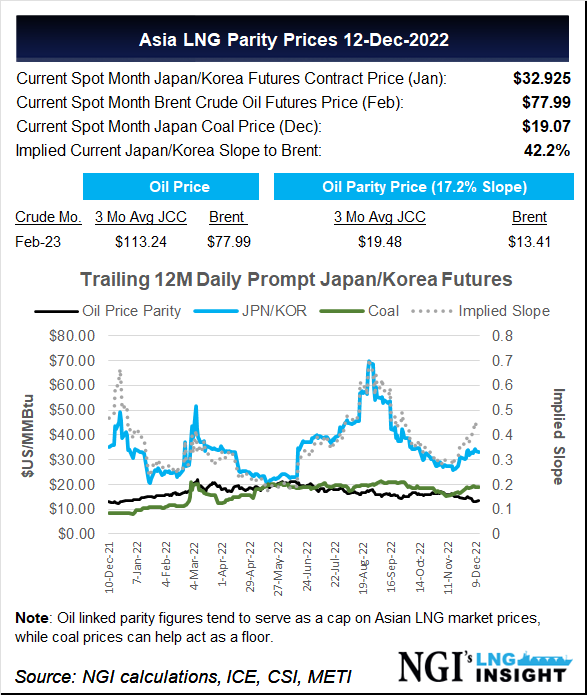 Japan’s Takeshi Soda, Oil and Natural Gas Division director in the Ministry of Economy, Trade and Industry (METI), said the government has responded to the global energy crisis by launching “aggressive diplomacy for natural resources” and supporting more long-term contracts for U.S. LNG.

The second part of the strategy “is that we are also supporting Japanese companies in acquiring shares in upstream and brownfield expansion projects…,” Soda said Monday at a Western States and Tribal Nations (WSTN) forum in Colorado.

While Japan only received around 9% of its LNG supply from Russia in 2021, the potential of those volumes disappearing could have “very severe impacts” to Japan’s energy security, Soda said. Japan has one of the lowest energy self-sufficiency ratios, with around 11% of its energy demand met by domestic sources, according to analysis from the Japan Organization for Metals and Energy Security (Jogmec).

Combined with increased competition for spot LNG volumes for Europe and record prices, Soda said Japan is facing a growing energy crisis without further partnerships on gas supply. Europe’s rush for LNG cargoes is expected to continue in the short-term, which Jogmec estimated could decrease readily available spot volumes of LNG by a peak of 7.6 million tons by 2025 compared to current import levels.

Soda said the environment for new long-term contracts has also been discouraging, despite renewed support from the government for firms to make new agreements. METI disclosed last month a survey of major Japanese LNG buyers, in which a majority of firms reported no available long-term LNG contracts starting before 2026.

Japanese firms have previously been hesitant to continue inking long-term offtake contracts for fear of oversupply into 2030, Soda said, but the country has made progress in removing destination clauses from agreements in response.

Soda, other ministry officials and representatives from Japanese firms met with WSTN members and North American natural gas firms at Colorado Mesa University as part of a two-day forum on Asian LNG supply. WSTN is a group formed by tribal and county governments in the United States and Mexico focused on promoting rural development through leveraging natural gas resources, including exports to Asia.

Soda said that potential investments in LNG projects on the North American west coast are particularly attractive for Japan as a quicker, and possibly cheaper pathway for LNG to the country. Japan, along with other major Asian buyers of U.S. LNG like Korea and China, currently rely on Gulf Coast facilities for contracted or spot market volumes.

Soda said that means vessels headed to Japan usually have to cross the Panama Canal, which has “become a kind of bottleneck for Asia,” especially after the Covid-19 pandemic’s impact on supply chains.

In October, U.S. Ambassador to Japan Rahm Emanuel helped lead discussions between Japanese companies and developers of an Alaskan LNG export project. The meeting followed a previous agreement with Asian firms to study hydrogen production and export from the facility.

Earlier in the month, a consortium of Japanese firms agreed to study ammonia production and export through existing LNG terminals on the Gulf Coast to fuel Japan’s expected exponential increase in demand. The research plan assumed ammonia and possibly hydrogen would be made initially using natural gas and CCUS facilities to reduce emissions.