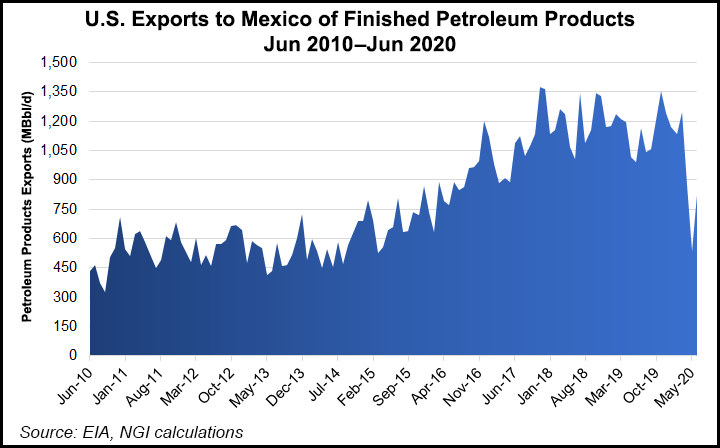 Progress at Mexico’s biggest energy infrastructure project, the Dos Bocas refinery in Tabasco state, was slowed this week by heavy rains that flooded the construction site, adding to mounting criticism that the project as currently designed is a drain on state funds and part of a poorly designed energy policy.

Analysts at Eurasia Group on Monday said evidence of “unrealistic plans” for Dos Bocas are starting to emerge after Houston-based energy, procurement and construction (EPC) company KBR, Inc. pulled out of the second phase of the project. KBR and the government reportedly failed to agree over an increase in the budget for the project’s second stage, which had doubled from the Energy Ministry’s original assessment of $2.2 billion.

Dos Bocas was a central part of Mexico President Andrés Manuel López Obrador’s campaign promise in 2018. Set for his home state, he has called it a key source of jobs for the country and a way to achieve energy sovereignty through decreased dependence on fuel imports.

The refinery is scheduled to be complete in 2024 at a total cost of $8 billion.

“These changes are one more sign that Dos Bocas (just like other key projects) will not be ready in time and at the estimated cost,” Eurasia analysts Daniel Kerner, Carlos Petersen, and Ana Abad said in a research note. “The additional costs and delays are unlikely to make López Obrador abandon the project, but he will also remain reluctant to increase spending.”

During his daily press conference on Tuesday morning, Lopez Obrador downplayed images that surfaced on social media of the project’s initial works submerged in water, saying this was normal for the rainy season. Critics say planning was rushed and mangroves were razed at the site that were central to keeping floodwaters at bay.

The Dos Bocas project is reflective of a general rot at Mexico’s six operative refineries, even as the government places emphasis on the downstream segment. In July, refinery throughput in the country fell for a third consecutive month, with utilization rates dropping to 32%, compared to 76% in the United States, International Energy Agency (IEA) researchers said last week.

“The largest operating refineries faced a full spectrum of issues this summer: a strong earthquake forced the shutdown of the Salina Cruz refinery; fire occurred during maintenance at the Cadereyta plant, and the Tula refinery halted crude processing due to storage bottlenecks for unwanted high sulphur fuel oil,” the IEA team said. “Government budget plans for next year include continued funding of $330 million for maintenance work at currently operating refineries and $2.1 billion for the new Dos Bocas site.”

The Instituto Mexicano para la Competitividad argued recently that state oil firm Petróleos Mexicanos (Pemex) must shift its capital resources under an austere budget from refining to the more profitable business of exploration and production (E&P).

Calling it López Obrador’s “legacy project,” Mexico City-based energy consultant Gonzalo Monroy told NGI’s Mexico GPI that due to the government’s focus on Dos Bocas, the upstream segment and in particular natural gas are being ignored by the current administration.

In E&P, most of Pemex’s focus is “on producing and finding oil, with natural gas as a byproduct,” Monroy said.

Pemex reported crude oil production of 1.595 million b/d in July, its lowest monthly output since 1979. The figure was down from 1.671 million b/d in the comparable period last year.

But Mexico’s demand for natural gas exceeds 10 Bcf/d, with imports from the United States accounting for about 70% of the total when consumption by Pemex is excluded from the figure, according to upstream regulator Comision Nacional de Hidrocarburos.

Even the Dos Bocas refinery will likely receive imported gas from the United States, with the Leona Victoria natural gas hub in the southeast of Mexico set to have access to gas from Texas via the 2.6 Bcf/d Sur de Texas-Tuxpan marine pipeline.