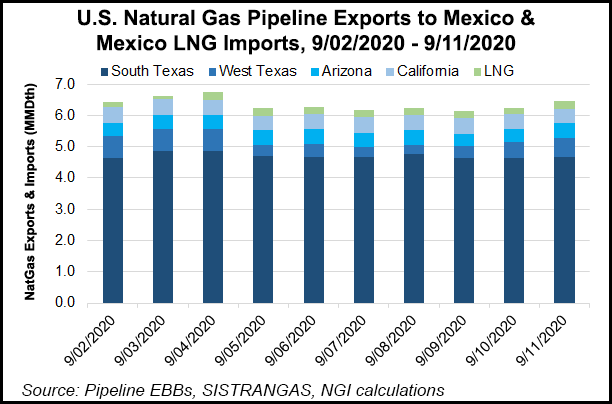 Mexico is a federation of 31 states, all free and sovereign on paper, with a federal government based in Mexico City. In everyday life, public policies are typical of a centralist regime, but from time to time local political forces take on a relevance that challenges this grip. This column is about one such recent occurrence.

In early September, the governors of 10 states in the country, mainly in the north, decided to challenge federal power over state governments by organizing a “Federalist Alliance” that seeks to defend the interests of their states and build a counterweight to the government of President López Obrador. The lack of fiscal resources assigned to the states, the dissonance in sanitary measures to face the pandemic and the discouragement of private investment are behind this fracture. In their manifesto, among various objectives, is the creation of an investment promotion agency called Invest in Mexico, along with a unique agenda related to the energy sector.

This group of states is powerful and accounts for 40% of foreign direct investment in Mexico and participates in 60% of exports. Their economic strength is explained principally by commercial interaction with the United States. Four of the six border states are in this new alliance. It is here where the daily massive exchange of goods, including natural gas, occurs.

The natural gas in these states comes from Texas. Their aggregate consumption is equivalent to 50% of national demand and they are home to injection points of imported or domestic gas, which add up to more than 6 Bcf/d, that is, 75% of the gas that goes into the market. Gas consumption is almost all electricity generation and industrial activity.

Consequently, the energy security of these states has little to do with Petróleos Mexicanos (Pemex). The efforts of the López Obrador government to “rescue” Pemex from its poor operational and financial performance does not really impact these 10 states. In contrast, they have seen that energy policy decisions have discouraged private, national and foreign investment in electricity generation projects.

Gas-based cogeneration has been affected with rule changes and disproportionate increases in energy porting rates on private load centers. In the confrontation that the federal government has had with the owners of the new gas pipelines tendered in the past administration, the areas affected by the lack of incremental gas transportation capacity would be precisely the northern industrialized states (Tamaulipas, Nuevo León, Coahuila, Durango and Chihuahua) and the Bajío area (Jalisco, Aguascalientes and Guanajuato), and the coastal consumption points of Colima and Michoacán, home to one of the main power generation plants, Manzanillo, and the main industrial consumer of the country, Arcelor Mittal.

In the official discourse, the government is loading the dice in favor of the south of the country because they are worse off. But a review of the numbers shows that the state of Tabasco, López Obrador’s home state, is not among the poorest. At the peak of oil production in the first decade of this century, Tabasco and Campeche had among the highest gross domestic product (GDP) per capita in the country, just below Mexico City but above Nuevo León and Coahuila, the thriving industrial zones from North.

Mexico has long benefited from economic integration with North America, catalyzed by NAFTA, continued with the USMCA, where the energy sector is a lever for economic development, essential manufacturing and services, and supported by the supply of affordable and reliable energy. But there is another, extractive vision, that today prevails, in which the energy sector is understood as a source of economic resources to be appropriated by the government and in which state companies are a source of employment for a low-skilled population and contracts for small companies.

This divergence explains the disdain, and frank disregard for the law, as designed through the structural reform of the energy sector that occurred in 2014. In an economy integrated with North America, the natural geographic connectivity provides a comparative advantage that is second to none, even with the availability of resources in the Mexican southeast.

In the popular imagination, Pemex is an emblem of wealth in natural resources. Tabasco has contributed the oil to the federation that has allowed other areas to develop, and therefore the investment in the Dos Bocas refinery is fully justified. But in real terms, there is little that this project can contribute to energy security. The majority of gasoline, diesel, natural gas and liquefied petroleum gas (the main fuel for residential use in the country) in Mexico comes from our northern neighbor and this will be the case for the next decade despite the efforts of López Obrador and his political project.

That is the reason why the Federalist Alliance has made autonomous fuel supply one of the axes of its coordination efforts at the state level. Current energy policy represents a loss for them.

Chihuahua, one of the members of the new alliance, is adjacent to the Waha basin. There are many energy infrastructure projects in the area that have been subject to decisions made by the central offices of the Comisión Federal de Electricidad (CFE) or the Energy Ministry. It is no coincidence that many of the states that are part of the Wahalajara system are also part of the alliance. The reason is that significant expectations have been generated around this system. The notion that such a pipeline will provide access to the cheapest gas in the world opens up the possibilities for increased manufacturing and agro-industrial activity. This same availability of cheap and reliable gas has opened opportunities for participants in the incipient wholesale electricity market in Durango and Jalisco.

Nuevo León and Tamaulipas are the states that receive the most gas and are home to the NetMexico, Kinder Morgan Mier-Monterrey, Kinder Morgan Border, Howard-Nueva Era, Energy Transfer, Tennessee, Tetco and Valley Crossing pipelines. The number of pipelines and interconnections is the result of the organic integration of the region.

Energy security, but above all, the economic viability of the area, has little to do with what happens or stops happening with Pemex. The government’s “energy sovereignty” discourse is a slogan void of content, far removed from the daily use of energy in the area. A storm in Texas like the one that occurred two weeks ago has more impact than anything that might happen to Pemex gas production. The compression headers and stations at Nueces are vital to this region, more so than any Pemex processing center. This reflects operational facts, not ideological approaches. Mexican energy security clearly cannot be monothematic or monopolistic.

The federalist alliance’s energy agenda is also a way to open a door to investment in infrastructure when it is clear that the treasury has placed its economic bet on Tabasco. Traditionally, foreign sponsors of large projects have paraded through the offices of the Energy Ministry, Pemex and CFE to seek support or consent. Perhaps it is time that dialogue and collaboration with the state governments now occurs so as to create an energy policy that is effectively focused on the common objectives of the North American region: security, reliability and competitiveness. As in all risk management, diversification is essential. The political risk of statist nationalism can be mitigated by alternative approaches.