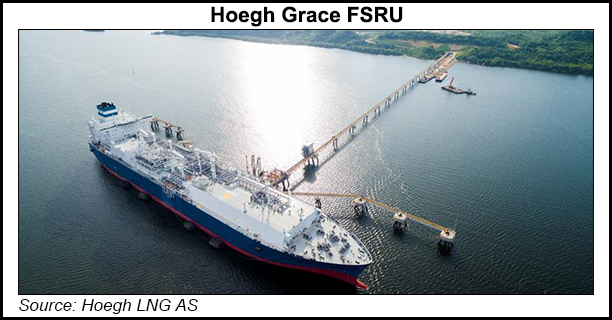 FSRUs could help fill the void as they are modified to store and regasify LNG. However, they cannot be leased quickly. The process can take years, based on vessel availability and factors like the permanent jetties needed to move supply via pipelines into a distribution grid.

“The thing about FSRUs is that they are not one size fits all,” said Poten & Partners’ Jason Feer, global head of business intelligence. “So for any given project, there are likely some uncommitted FSRUs that are not suitable because they are too big, too small or otherwise not a good fit.”

The continent is looking for any way it can to boost gas supplies. It has 186 million metric tons/year (mmty) of total regasification capacity, according to Kpler, but most of the spare capacity is in Spain, which lacks adequate pipeline infrastructure to move gas to the rest of Europe.

The number of FSRUs available worldwide is limited compared to the massive ships that move cargoes from port to port, said Hoegh LNG AS’ Rune Karlsen, vice president of strategy and communication for Norway’s FSRU specialist. He said there were 50 FSRU vessels across the globe at the end of last year, not counting newbuilds on order.

“We have seen an increase in inquiries from, in particular, European projects. And we are doing our best to attend to those…Commercial terms vary and are discussed from case to case, ” Karlsen told NGI.

Leasing rates for FSRUs have increased by 50% or more since Russia invaded Ukraine in February. “Competition is stiff, and rates are definitely rising,” Feer added.

“It’s hard to pinpoint where rates are because that depends on size and how long the charter is,” he told NGI earlier this month. “We have heard talk of offers in the market of $200,000/day. But I don’t know if deals have been done at that level.”  Feer noted that Poten has heard of deals done at $150,000/day to $180,000/day.

Dutch gas grid operator Gasunie’s spokesperson Simon den Haak told NGI it had “reached an agreement with Exmar for the lease of an FSRU vessel for the next five years.”

The 5 Bcm/year FSRU S188 barge, set to begin operating by the end of the year, is destined for the Port of Eemshaven in Groningen. The FSRU, together with the Gate terminal in Rotterdam, would double the country’s LNG import capacity.

Germany is looking for three FSRUs. According to news media reports, Dynagas LNG Partners LP CEO Tony Lauritzen said the company was in talks with German utility Uniper SE to lease the Transgas Power and the Transgas Force FSRUs. German energy company RWE is also looking to secure an FSRU. At least one of the three vessels is expected to be operational by the end of this year. Germany, Europe’s leading gas consumer, could receive up to 27 Bcm by mid-2024 if all three are in place.

Meanwhile, France plans to end Russian gas imports by 2027. France has 26.6 mmty of import capacity with its four onshore terminals. However, TotalEnergies SE and an Engie SA subsidiary are considering the possibility of adding a 3.9 mmty FSRU in Le Havres, according to reports.

Italy’s energy transition minister Roberto Cingolani has also asked Snam SPA to acquire one FSRU and to lease a second, sited offshore in the Tyrrhenian and Adriatic seas.

Elsewhere in Europe, Estonia, Finland, Latvia, Poland and Croatia are considering FSRUs or expansions at existing facilities. Estonia and Finnish government officials said last week they would jointly lease an FSRU to import natural gas on both sides of the Gulf of Finland. Estonia said it plans to end its reliance on Russian natural gas by the end of this year, joining Lithuania, which said last week it was no longer receiving deliveries from Russia.

Adding import capacity is only half the battle. Finding supply in a tight market is the other piece, which involves outbidding other buyers in the spot or short-term markets, Feer said.

The availability of LNG is one of the constraints the global market will face over the next few years. Poten expects about 20 mmty of LNG supply to come online this year. It expects about 10 mmty of new annual supply from 2023-2025.

“Long-term supply is not really available until new capacity can come online until 2026,” Feer said. “Though, there is some possibility that sellers can provide earlier volumes to buyers willing to sign long-term contracts.” 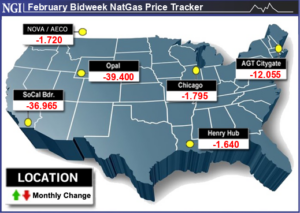