As European governments continue to investigate the damage to the Nord Stream systems and the possible end to Russian natural gas imports, the Baltics celebrated a new pipeline and pathway for Norwegian supply. 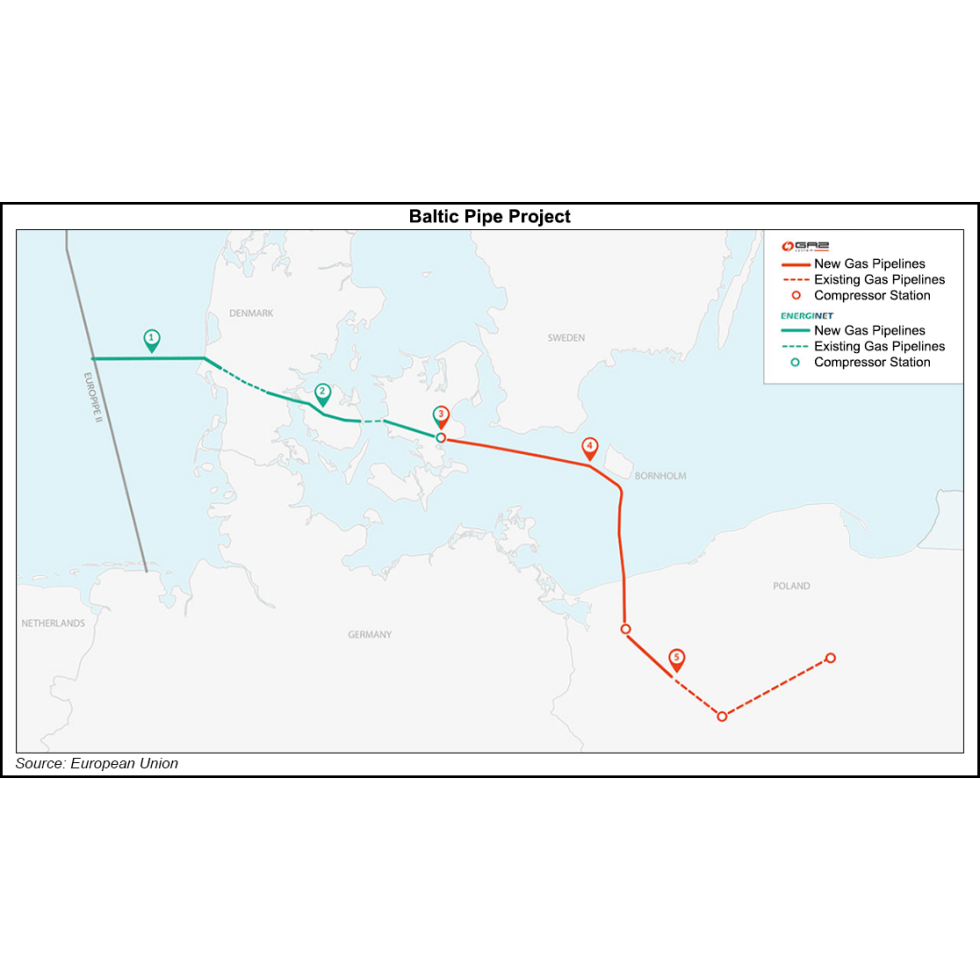 Equinor ASA has signed a long-term sales agreement to deliver additional natural gas supplies to Poland via the Baltic Pipe system, which is scheduled to start operations by Saturday (Oct. 1). Leaders from Poland, Norway and Denmark attended a ceremony Tuesday in Szczecin, Poland, to mark the system’s opening, hours after reports of leaks and possible sabotage on the Nord Stream 1 and Nord Stream 2.

State-owned Polish Oil and Gas Co. (PGNiG) signed the deal to purchase 2.4 billion cubic meters (Bcm), or about 84 Bcf, annually for a term of 10 years.

“Putin uses energy as a weapon in an attempt to destabilize Europe and break our unity,” Norway’s Terje Aasland, minister of petroleum and energy, said during the ceremony. “It will not succeed. Today is also a testimony to that.”

Poland has worked to cut its reliance on Russian natural gas supplies in recent years by expanding its relationships with additional pipeline suppliers and liquefied natural gas exporters, particularly those in Norway, Qatar and the United States. Russia cut off gas supplies to Poland earlier this year as it has limited deliveries to Europe in retaliation to Western sanctions for the invasion of Ukraine.

The new agreement secures additional supplies for Poland on the new system, which links the country with Poland via a route through Denmark and waters offshore.

The Baltic Pipe is a joint venture between Poland’s transmission system operator (TSO) Gaz-System and Denmark’s TSO Energinet. It has an annual capacity of 10 Bcm, or roughly 350 Bcf. Poland has reserved 8 Bcm (282 Bcf) of annual supplies on the system.