The Bear Head liquefied natural gas (LNG) export project proposed for the Strait of Canso in Nova Scotia has received U.S. Department of Energy (DOE) approval to export up to 440 Bcf per year of U.S. natural gas to Canada for liquefaction and export to free trade agreement (FTA) countries. 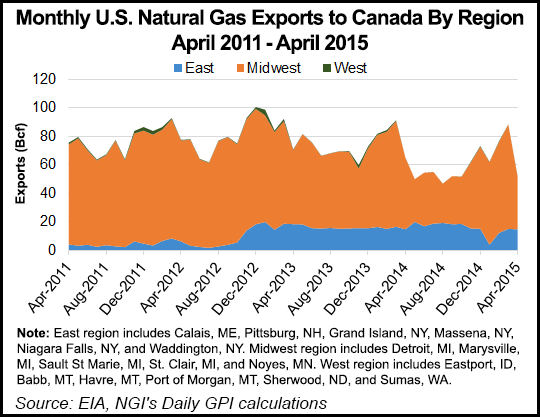 The authorization allows export of up to to eight million tonnes per annum (mtpa) of LNG (see Daily GPI, March 2). “This is an important step in achieving certainty of gas supply for the Bear Head project,” said John Godbold, Bear Head project director. Bear Head said it expects a decision soon on its application for DOE authorization to export LNG to non?FTA countries.

In May, Bear Head LNG Corp. obtained the last of the 10 initial federal, provincial and local regulatory approvals needed to construct the facility. The company has applied to Canada’s National Energy Board (NEB) for authority to import natural gas from the U.S. and export up to 8 mtpa of LNG in 2019 from Canada, with expanded authority to 12 mtpa in 2024.

Bear Head has also applied to DOE for authority to import for subsequent export up to 250 Bcf per year of Canadian natural gas by pipeline that is “in transit” through the United States back into Canada for delivery to the Nova Scotia terminal (see Daily GPI, Feb. 3). This authorization would allow a portion of the natural gas requirements to come from sources in Western and Central Canada.