Defense lawyers on Thursday tried to chip away at the credibility of Paula Rieker, Enron Corp.’s former corporate secretary, as the trial of Enron founder Kenneth Lay and ex-CEO Jeffrey Skilling ended its fourth week. Despite a day-long grilling by the defense team, Rieker remained composed, carefully answering questions and correcting remarks she thought were misleading. The trial resumes on Monday in U.S. District Court in Houston.

Rieker, who earlier in the week implicated both Skilling and Lay in Enron’s fraudulent schemes, faced questioning by both of the men’s lawyers Thursday. The toughest questioning was by Skilling’s lead lawyer Daniel Petrocelli, who attempted to discredit Rieker and distance his client from any dealings with her. Before becoming corporate secretary, Rieker had been managing director of investor relations, and was responsible for helping to write conference call scripts for quarterly earnings reports. Rieker testified that parts of some of the conference calls were misleading.

“You wrote those words,” Petrocelli said.

Yes, Rieker replied, acknowledging that she had a role in preparing the scripts. But, “I knew that there were misrepresentations in those conference call scripts.”

“So you wrote words that you knew weren’t true and had Mr. Skilling read them?” Petrocelli asked. “Are you saying you had conversations with Mr. Skilling where he told you to write lies for him to read?”

Petrocelli earlier asked Rieker how often she worked with Skilling and whether she had known that he lied. Rieker responded she only worked with Skilling “a couple of hours” every three months, at the end of the quarterly reporting periods. She also testified that she never witnessed him lying, nor did she confront him about any lies.

Petrocelli also asked Rieker about a “brag sheet” she had written for an annual review. The “brag sheets” were used by employees to note what they had done in the previous year. On one page, Rieker called herself a “key architect” in delivering Enron’s message to investors (Before becoming corporate secretary, she had been managing director of investor relations). Rieker answered that she overstated her accomplishments.

“I over-stretched on my own accomplishments for purposes of my annual review,” Rieker said.

Was she “brainwashed” by Enron? Petrocelli asked.

“I was saturated at the time…I sat in many, many meetings. I packaged it, and I repeated myself,” she said.

At one point, Rieker asked Petrocelli, who hovered near the witness stand, to move away from her.

Petrocelli, smiling, stepped back and said, “Got too close.”

In questioning, Petrocelli alluded to how much more prepared Rieker was for the trial, compared with her 2004 deposition with the Enron Task Force, when she pleaded guilty to securities fraud.

“I think you are drawing a conclusion that I think is not right,” Rieker said.

He questioned Rieker about her testimony indicating Skilling requested she not tell analysts about misstatements he had made in the 2Q2001 quarterly earnings conference call, concerning sales of excess dark fiber by Enron Broadband Services (EBS). The government contends the sales were portrayed to investors as revenues from EBS’ core business to improperly show a profit. The conversations with Skilling, said Petrocelli, were not included in her deposition, and they only came up during trial preparation. He suggested Rieker was unqualified to determine what information should be released to investors.

“Mr. Skilling did not tell you to take out the dark fiber [wording]?” asked Petrocelli.

“The improper part of that conversation is that I felt under pressure to take out that disclosure and that I needed to stand my ground that it was in the earnings release,” Rieker said.

She said she was “stunned” when Skilling misrepresented the dark fiber sales on a conference call with analysts — not once but twice. When Petrocelli asked Rieker why she had not corrected Skilling, she explained that her boss, Mark Koenig, usually met with Skilling.

Asked about Enron’s investment in Avici investment, a start-up telecommunications company, Rieker said Enron had acquired stock, but she did not know the details. Petrocelli stated Avici was a “great” investment that generated “a pile of money.” But Rieker corrected him, and said Avici never generated any cash for Enron.

Lay lawyer Bruce Collins, who began the cross examination, questioned Rieker as to when, where and how in 2000 she asked Lay to be more truthful regarding Enron’s quarterly earnings releases.

Rieker remembered talking with Lay about investor releases in a car ride in New York City on the way to an analyst conference. However, she could not remember where they were going or who Lay was going to address that day in a speech; the driver was the only other person in the car. No one else had heard the discussion between the two of them, and there was no physical evidence that the talk ever took place, Collins noted. 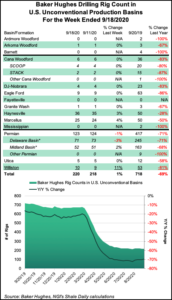