Lawsuits have been filed in federal and state courts over a part of North Dakota’s prosperous Bakken Shale that lies under the Fort Berthold Reservation, which according to the state’s latest statistics makes up nearly 20% of the play’s ever-growing oil production. 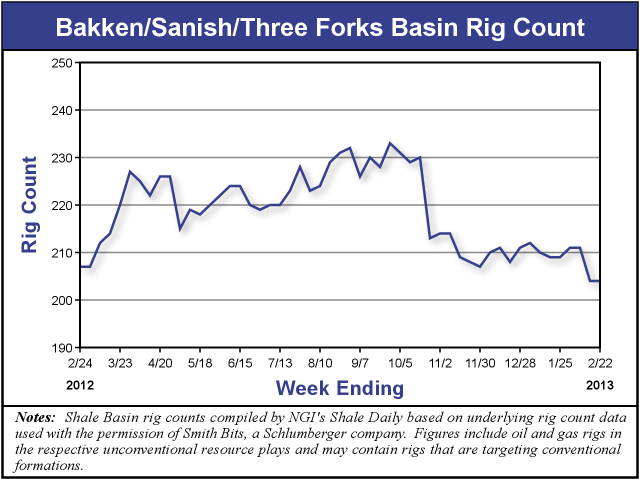 According to allegations, some members of the three affiliated Native American tribes at Fort Berthold have been shortchanged by more than $1 billion by tribal and other sources that bought up leases at below-market prices and sold them for prices as much as 200 times higher to major oil and gas producers.

Allegations were surfaced last Saturday by ProPublica, an Internet-based nonprofit investigative journalism organization, which cited lawsuits and the leader of the affiliated tribes as alleging “lowball, noncompetitive deals” used by numerous companies, some tied to the joint tribal council, to secure a majority of the drilling rights on the Fort Berthold lands, which are divided between tribal trust lands and “fee” lands owned by individuals on the reservation. In the push by the industry to obtain all the leases that can be secured, Native American lands generally are the last sizeable tracts, according to ProPublica.

“There are now 805 active wells, almost all of them [709] on fee lands,” DMR Director Lynn Helms said. However, he said activity on the trust lands is heating up. Last December there were 294 drilling permits granted, 242 of them on trust lands, and an additional 1,467 potential well sites had been identified at year-end with the vast majority (1,426) on trust lands.

A DMR spokesperson said the latest statistics show that the reservation acreage accounts for 18% of the state’s oil production.

There were 204 rigs operating in the Bakken/Sanish/Three Forks as of Feb. 22, making it the second most active unconventional play in the United States, behind only the Eagle Ford Shale and its 224 rigs, according to NGI’s Shale Daily‘s Unconventional Rig Count.

At this point the North Dakota Petroleum Council has no involvement in the Fort Berthold controversy, a spokesperson told NGI‘s Shale Daily on Tuesday. A call to North Dakota’s Indian Affairs Commission was not immediately returned.

Williams bought 100% of the interests in approximately 85,800 net acres on the reservation for $925 million in cash from Dakota-3 E&P Co. LLC, which was formed by a tribal member and a consultant to the tribal council, according to ProPublica. Dakota-3 is now a privately held Tulsa-based company.

At the time of the purchase, Williams reported that Dakota-3 had three rigs operating on the Fort Berthold acreage, and it was planning to double that by the end of 2012. Williams said it estimated the Dakota-3 acreage as having 185 million boe in net reserves potential in the middle of the Bakken and the Upper Three Forks formations.

Dakota-3 allegedly purchased its acreage for about $50/acre at a time when similar lands were fetching $300-1,000/acre. Two lawsuits allege that the company later got up to $10,000/acre in the Williams deal.

Marathon’s transaction was much smaller and involved a company called Black Rock Resources, involving 12,800 acres on the reservation. Black Rock allegedly paid about $35/acre for the leases and sold them to Marathon for $42 million.

A spokesperson for Marathon told NGI’s Shale Daily the company is active on the reservation in North Dakota, but he would not comment on the Black Rock purchase, saying “we don’t disclose individual acreage positions or non material acquisitions.”