Occidental Petroleum Corp. (Oxy) appeared willing to pay a substantial premium to acquire Anadarko Petroleum Corp. and its vast holdings in the Permian Basin, at least more than Chevron Corp. was willing to, after the supermajor withdrew from the bidding war Thursday. 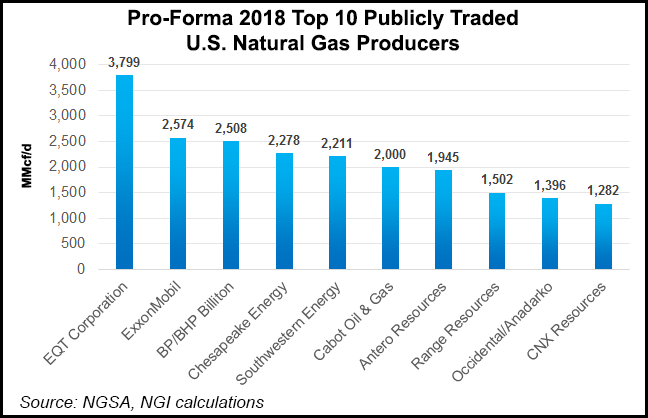 Chevron said Thursday it would not make a counterproposal to a substantial offer to acquire Anadarko, which would give Houston-based Oxy a global oil and natural gas prize.

“Winning in any environment doesn’t mean winning at any cost,” Chevron CEO Michael Wirth said. “Cost and capital discipline always matter, and we will not dilute our returns or erode value for our shareholders for the sake of doing a deal.

“Our advantaged portfolio is driving robust production and cash flow growth, higher investment returns and lower execution risk. We are well positioned to deliver superior value creation for our shareholders.”

Once the Chevron merger agreement is terminated, Anadarko would be required to pay a termination fee of $1 billion.

“Consistent with Chevron’s commitment to superior shareholder returns, the company plans to increase its share repurchase rate by 25% to $5 billion/year,” management said.

The second proposal by Oxy, unanimously approved by the board, represented an estimated premium of 23.3% to Chevron’s initial offer in April that was estimated to be worth around $61.62/share as of market close on May 3. Chevron’s deal was structured 50-50 cash/debt.

“We look forward to signing a merger agreement with Anadarko and realizing value for our stakeholders as soon as possible,” Oxy management said in reaction to Chevron’s decision.

Chevron’s withdrawal from the bidding war was praised by several analysts.

“Chevron just demonstrated its commitment to capital discipline and conservative financial policies by declining to enter a bidding war for Anadarko,” said Moody’s Investors Service’s Pete Speer, senior vice president. “While it has the financial capacity to match Occidental Petroleum’s offer, had it raised the cash portion of the consideration to compete with Oxy it would have materially increased its financial leverage and weakened its credit profile.”

From the beginning, said Raymond James & Associates Inc.’s Pavel Molchanov, the analyst firm was not in favor of Chevron buying Anadarko as it had “no objective need” for any large scale merger/acquisition.

With the decision to not attempt to outbid Oxy’s buyout proposal, Chevron shareholders “can breathe a sigh of relief,” Molchanov said. “In our view, this decision by Chevron management is entirely correct.”

Thursday’s expected gain in the supermajor’s share price “following, to state the obvious, a rough month, shows that the market broadly concurs,” Molchanov said. “With this needless complication in the rearview mirror, investors will be able to refocus on Chevron’s underlying fundamentals, of which we remain fans.”

Will Chevron consider buying something else? “Probably, but it ought to be bolt-on deals rather than mega-mergers,” the Raymond James analyst said.

“This was the best case scenario for Chevron, in my opinion,” said Janus Henderson Investors analyst Noah Barrett, the lead analyst for energy/utilities research. The Anadarko assets “are really attractive and would have been a good fit for Chevron (a better fit than with Oxy),” but “it seems like Oxy is focused on buying Anadarko at any price. Had Chevron raised their offer, I think a counter offer by Oxy was highly likely, setting up a prolonged bidding war.”

Barrett gave kudos to Wirth for “doing the right thing. As a relatively new CEO, he could have followed the historical Big Oil playbook of growth for growth’s sake, but is choosing a different path.”

The outcome is better for Oxy too, Barrett said, as it avoids a bidding war. Still, there are questions that Oxy management needs to answer. It must justify the $10 billion Berkshire Hathaway investment, why it is circumventing a shareholder vote on the deal, how it will deliver synergies and, in general, offer more clarity, he said.

“I still would have preferred Oxy to never get involved with Anadarko, but at this point they are committed and the onus is on Hollub to prove the merits of the deal.”

Wood Mackenzie’s Greig Aitken, who directs merger and acquisition research, said Chevron’s decision to pull out of the deal “sends a very strong, very positive message on capital discipline. We expect Chevron will remain on the lookout for good value business development opportunities throughout the U.S., continuing to play its strengths as the U.S. tight oil supermajor.”

Chevron’s decision to walk away “may also prompt some soul-searching among Occidental investors,” Aitken said. “The fact that the deal was too rich for Chevron may raise concerns about Occidental’s ability to create value. No one wants buyers’ remorse in a $55 billion-plus purchase.

“Occidental may still face a fight at its annual general meeting from some investors opposed to the deal. Balance sheet pressure and expensive financing is now a reality for Occidental; it will have to move fast to complete its divestment plan and integrate the newly acquired business.”

The Anadarko takeover as it will add considerable leverage to Oxy’s bottom line along with a treasure of global assets that it will have to sell. To assuage some hesitant shareholders, Oxy’s board on Thursday declared a regular quarterly dividend of 78 cents/share payable in July. The current annual rate is $3.12/share.

Among the assets already on the chopping block by Oxy is the Anadarko-led liquefied natural gas (LNG) export project proposed in Mozambique. Oxy has already secured an agreement with French supermajor Total SA to unload the LNG project as well as other gas-heavy assets in Africa now owned by Anadarko.

Anadarko CEO Al Walker said Wednesday a final investment decision (FID) on the Mozambique export project is set for mid-June. Commitments are in place, offtake secured and other issues have been addressed, he said.

“Mozambique LNG is among the most significant projects that our company or any other has undertaken, given the scale of the project, the size of the resource and the potential long-term transformational benefits it represents for Mozambique,” Walker said.

“We view the pro forma Oxy outlook as similar to Oxy standalone in terms of dividend coverage, with growth lowered and leverage higher,” even with “significant” cash flow/share (CFPS) accretion. We estimate Oxy’s acquisition of Anadarko is accretive to 2020/21 CFPS by 43%/38% due to the high leverage component,” Jungwirth said. Leverage is expected to remain elevated through 2022.