Cheniere Energy Inc. announced it has inked an additional long-term LNG offtake contract with PetroChina Co. Ltd., building on its supply agreement hot streak and teasing its next generation of projects. 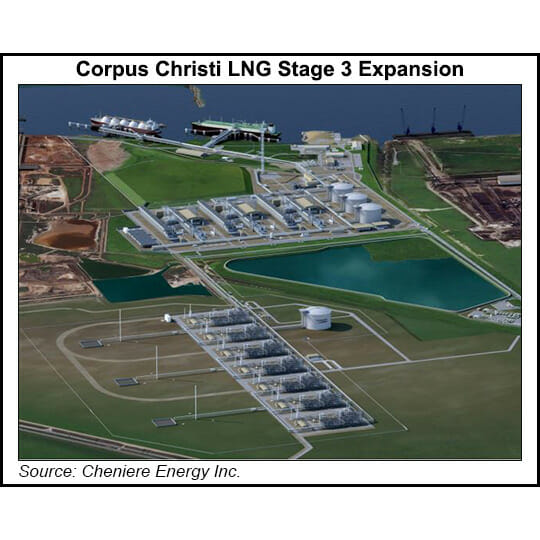 Houston-based Cheniere has signed a 1.8 million metric ton/year (mmty) sales and purchase agreement (SPA) with existing customer, PetroChina. According to the SPA, liquefied natural gas cargoes linked to Henry Hub could start being delivered on a free-on-board basis in 2026, ramp-up to full capacity in 2028 and continue to 2050.

Around 0.9 mmty of volumes committed to PetroChina would be contingent on Cheniere reaching a final investment decision (FID) on a future expansion of capacity at its Corpus Christi LNG terminal in South Texas, according to the company.

Cheniere CEO Jack Fusco said the agreement marks its first contract to cross over “into the second half of this century,” as it develops its next wave of projects.

The agreement comes almost a month after Cheniere reached FID on its stage three expansion at Corpus Christi. The project would add seven midscale liquefaction trains and 10 mmty of capacity.

On the same day as the FID announcement, Cheniere announced it secured a SPA between one of its subsidiaries and Chevron U.S.A. Inc. for 1.0 mmty from a future Corpus Christi expansion.

Since Russia’s February invasion of Ukraine, global LNG market volatility has sparked a rash of long-term contracts, especially for U.S. projects. In a recent analysis from Tudor, Pickering, Holt & Co., analysts with the firm calculated 46 mmty of LNG capacity has been placed under long-term contracts globally since the beginning of the year. Around 35% of that total was contracted in the last month.

Before LNG portfolio firms took the lead for Europe, most of those contracts were inked by Chinese energy companies like PetroChina. Analysts with WoodMackenzie forecast China’s LNG imports could fall over 14% year-on-year by the end of the year due to skyrocketing prices.