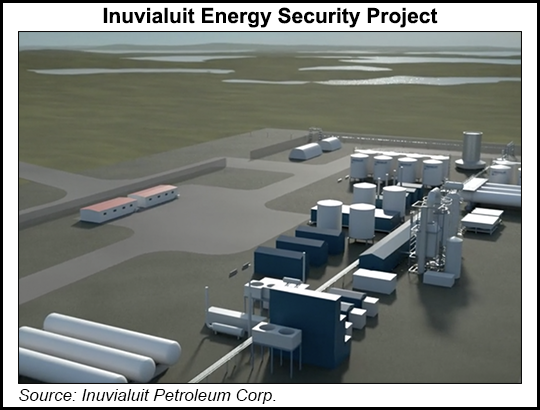 The Delta is about 2,200 miles north of the border between the United States and Alberta. Delta native-owned Inuvialuit Petroleum Corp. and Ferus Natural Gas Fuels Inc. applied Thursday for approval by the Canada Energy Regulator (CER) for their estimated C$100 million ($80 million) for the Inuvialuit Energy Security Project (IESP).

The project has been on the drawing board for several months.

The IESP as soon as early 2023 said it could tap the Tuk M-18 well discovered in 2002, which is  six miles south of a Beaufort Sea Inuvialuit hamlet Tuktoyaktuk. The single well contains more than enough gas to supply the region for 50 years, according to the CER filing.

Planned raw gas production from the IESP is estimated at up to 8 MMcf/d. However, that amount would only skim the surface of Delta and near-shore Beaufort reserves. Overall gas reserves in the region have been estimated at 10 Tcf, with an additional 1 billion bbl-plus of oil reserves from around 60 recorded discoveries.

The IESP is designed to counter “chronic energy insecurity” on the Delta, the filing noted. Long-distance fuel deliveries from developed supply regions are expensive and prone to seasonal disruptions and severe weather.

Arctic truck deliveries of fuel products have been made possible by a C$265 million ($212 million) all-weather road built across 83 miles of tundra and woods in 2017 between the chief Delta town, Inuvik, and Tuktoyaktuk.

No Canadian Arctic LNG proposals have been publicly announced. However, potential for an export project was mentioned last July in a Beaufort region environmental assessment (EA) by KAVIK-Stantec Inc.

A Beaufort project to export the LNG equivalent to 650 MMcf/d would require Delta development wells, an offshore terminal, sea-floor pipelines and ice-breaking tankers, according to the EA

The consultancy did not predict costs or how Canadian Arctic LNG would fare on global markets. In any case, a Beaufort gas export project would be small compared to the aborted 1.2 Bcf/d Mackenzie Gas Project. The project was canceled in December 2017, with the sponsors citing cost inflation, regulatory delay and North American onshore gas supply competition.