Houston-based Cabot Oil & Gas Corp. doubled its Gulf Coast proved reserve base Thursday, agreeing to a $230 million cash and stock merger with Cody Co., the parent of Cody Energy LLC. All of Denver-based Cody’s reserves are in Texas and Louisiana and will add 116 Bcfe to Cabot’s proved reserves, of which 58% will be natural gas, and 50 MMcfe/d of equivalent production, with 84% in natural gas.

Based on proved gas equivalent reserves, the deal is valued at $1.39/Mcf. The purchase, which is expected to close by the end of July, should add to earnings next year.

With the merger, Cabot would increase its total proved reserves 16%, to 1,185 Bcfe, and double its Gulf Coast proved reserve base to 300 Bcfe. The deal also will increase Cabot’s Gulf Coast reserves to 26% of total proved volume. Daily production will increase 25%, to 250 MMcfe/d, with the Gulf Coast providing about 50% of the total daily volume. Cabot’s reserve life will be reduced to 13 years at the end of 2002, down from 15.2 years at the end of 2000.

“We have consistently emphasized our plan to acquire additional reserves in the onshore Gulf Coast area,” said Cabot CEO Ray Seegmiller. “The addition of Cody provides an immediate impact to the company, as evidenced by the pro forma data…while also being a catalyst for future balanced growth.” Seegmiller said Cody would give Cabot’s Gulf Coast region “a three-year inventory of development drilling locations plus undeveloped acreage.”

Under the merger agreement, Cody shareholders will receive $168 million in cash and $62 million in stock, or cash and stock, at Cabot’s election. The stock value will be determined based on the 15 trading days ending three business days before closing. The cash portion will be financed under Cabot’s existing credit, and potentially under a new loan.

“At this time, our intent is to issue the Cody shareholders $62 million in stock,” said Seegmiller. “This would bring our pro forma debt to capital ratio to about 50%, still below the 52.6% where Cabot ended last year.”

The Cody board and shareholders unanimously approved the transaction, so no other shareholder approval is required. Closing is expected by July 31, but Cabot, at its option, may extend the closing to Aug. 17. Baker Botts LLP is Cabot’s legal adviser and Holmes, Roberts & Owen LLP is Cody’s legal adviser. Petrie Parkman is Cody’s financial adviser. 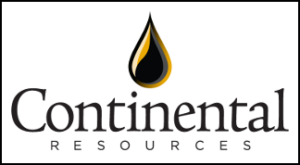