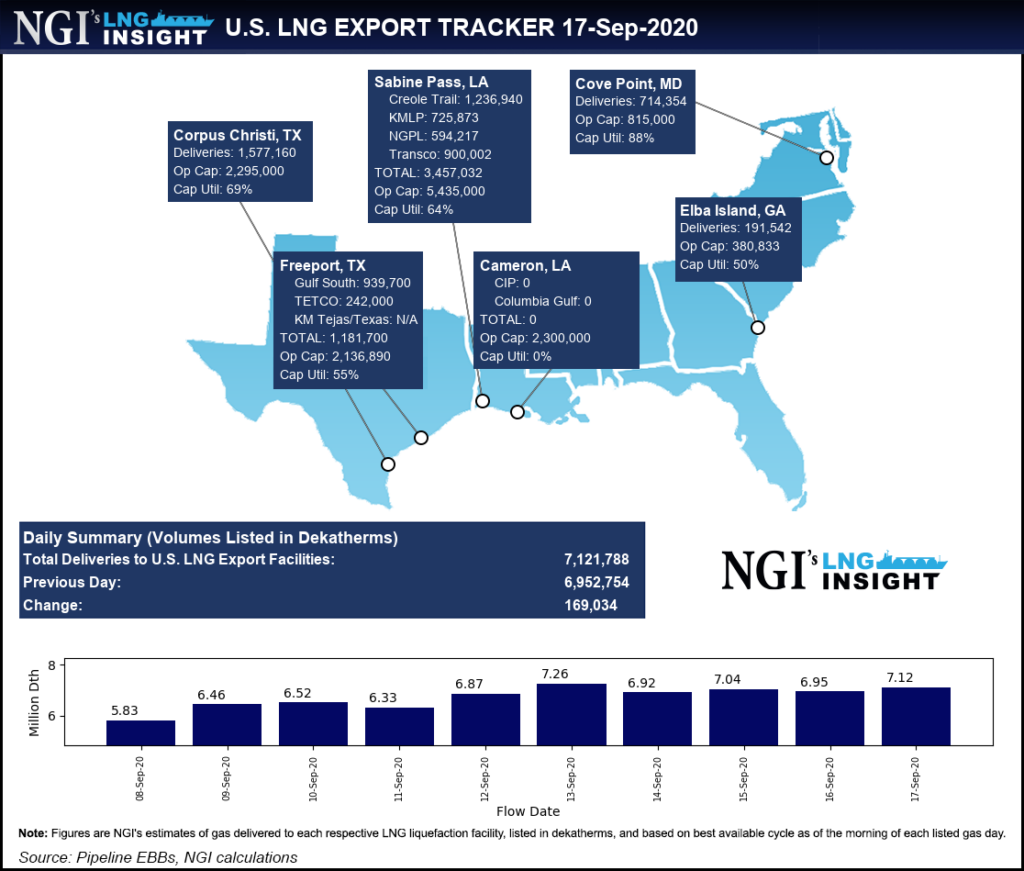 Brazil is set to be the center of new liquefied natural gas (LNG) demand activity in Latin America at least over the next decade, according to experts who spoke at a webinar Tuesday organized by the Institute of the Americas.

“Gas remains the transition fuel in Brazil because it allows for the highest possible penetration of wind and solar,” said Roberto Ferreira da Cunha, the director of consultancy BRG Energy & Climate for South America. He added that Brazil has 10 new LNG import plants in different phases of study.

“From the 2030s onwards it could take a different direction, but this decade gas still has a solid role in the region.”

According to BRG research, natural gas-fired power generation in Brazil could grow by 20 GW by 2040, rising from 9% to 15% in the energy mix.

Natural gas power is used principally as a backup for hydropower in Brazil, and the advantage of LNG lies in its flexibility over other supply options, according to Ferreira.

“Sometimes LNG is just the dock,” Ferreira said, with even the floating storage regasification unit being leased.

Argentina and Chile, who developed four regasification terminals in the first decade of the century, will see a declining need for LNG imports and an optimization of existing infrastructure, absent a “major reversion of global trends.”

Mexico also is seeing declining LNG imports from its two terminals at Altamira and Manzanillo, with the focus now on potential export facilities emerging on the Pacific Coast using U.S. gas and focused on Asian markets.

Outside of Brazil, Colombia too could require additional LNG as a backup option during periods of low hydrology. Like Brazil, Colombia’s power grid is highly dependent on hydro power.

Colombia is currently studying plans for a second regasification terminal on the Pacific Coast.

Christopher Goncalves, Chair and Managing Director of BRG, said he sees only moderate price increases in Henry Hub through 2025, leading to stable LNG prices to South America of around $5-7/MMBtu.

He said that there is “a pretty good chance that a carbon tax will be instituted in the United States,” starting in 2022, leading to lower LNG out of the United States to international markets initially.

But given market conditions, prices shouldn’t be too impacted, which is a testament to “supply diversity, supply flexibility and liquidity of trade.”

Brazil is undergoing a transformation that opens up market opportunities for natural gas and LNG players.

“It’s a very exciting moment for Brazil,” said Ferreira, who indicated that the bill required years of debate. It now goes to the senate and then requires presidential sanction, but these two steps are “less challenging.”Brazil is also home to one of the biggest offshore oil developments in the world, which means increasing amounts of associated gas. It also imports natural gas via pipeline from Bolivia, and there has also been renewed talk of a pipeline from the Vaca Muerta shale formation in western Argentina to the southern Brazilian city of Porto Alegre.