Blackstone Group Inc. has closed the sale of its 42% stake in Cheniere Energy Inc.’s master limited partnership (MLP) in a transaction valued at $7 billion. 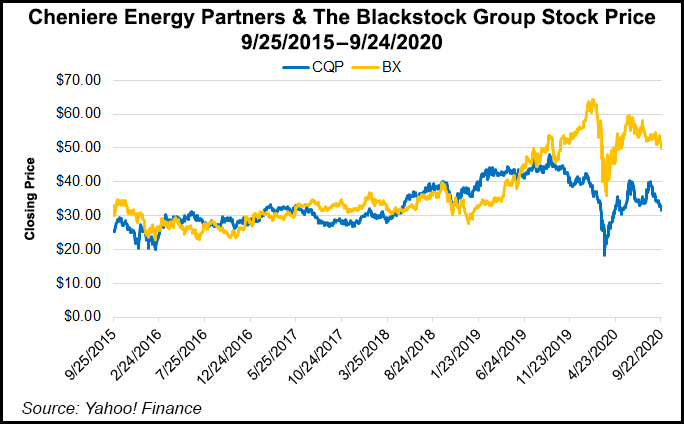 The firm first invested $1.5 billion in CQP in 2012 to build the first two liquefaction trains at the Sabine Pass liquefied natural gas (LNG) export terminal in Louisiana. CQP was spun-off to develop, own and operate Sabine Pass and went public in 2007. At that time, the facility was developed to import natural gas.

“…Sabine Pass has successfully transitioned from a construction project to a global leader in the LNG sector,” said Sean Klimczak, global head of Blackstone Infrastructure Partners. “Cheniere benefits from long-term contracted revenues across a diverse set of investment-grade counterparties, generating the stable and growing cash flows we seek to add to our infrastructure investment portfolio.”

In 2016, Sabine Pass became the first Lower 48 facility to export LNG. The terminal currently has the capacity to liquefy nearly 5 Bcf/d of natural gas from five trains. A sixth train that was sanctioned last year is nearly complete.

Reports of Blackstone’s sale surfaced last month, but the company confirmed the value this week when the deal closed. In addition to the 42% stake, Cheniere has a 48.6% interest in CQP, while the public owns the rest.