Argentina is scheduled to announce the winners of bids in the natural gas tender program on Dec. 15, according to Energy Secretary Darío Martinez. 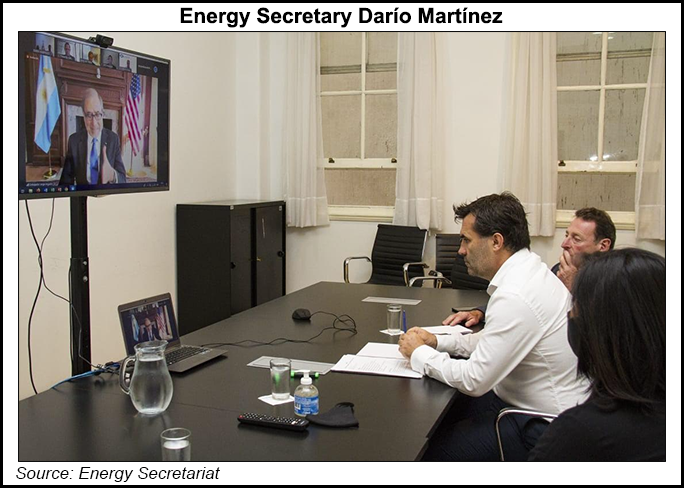 Winning companies are to be judged based on a “mechanism that guarantees transparency and competitiveness between producers,” according to Martinez.

The aim of the tender program is to reverse falling natural gas production in the country, including from the vast Vaca Muerta formation in western Argentina. The government expects producers to invest $6.5 billion over the next four years as a result of the scheme.

Analysts attribute the drop to restrictions in place because of the coronavirus pandemic. Argentina has had one of the strictest lockdowns in place globally since the pandemic began to spread in March.

In November, executives at Argentina’s state energy firm Yacimientos Petrolíferos Fiscales SA (YPF) said their oil and gas fields were starting to return to work after the complete shutdown in April that became “the worst” month in the company’s history.

YPF shale production in the Vaca Muerta formation has returned to pre-Covid levels, the executive said, as wells have come back online at the flagship Loma Campana field.

Hydraulic fracturing (fracking) activity also has gained momentum. Frac stages hit 554 in November, the highest level all year, according to local reports. YPF was responsible for 232 of these.

YPF executives have indicated the company is in talks with “strategic partners” about potential farm-ins in Vaca Muerta, which is one of the few unconventional plays outside of the United States being developed on a commercial scale.

As a result of the plan, “We’re going to quickly recover the decline in production by the upcoming winter and even require less imports of liquefied natural gas,” Martinez said.Details of the plan, in Spanish, can be found here.