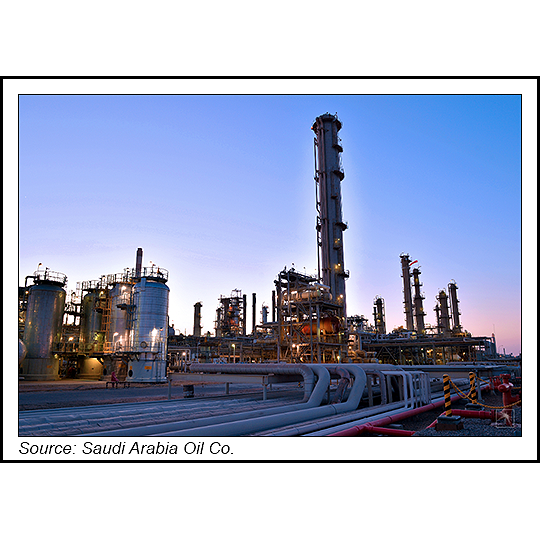 With the purchase, the Saudi oil producer also launched Aramco Trading Americas LLC (ATC), headquartered in Houston. Aramco last year was said to be eyeing an initial public offering for the energy trading arm, which could be valued at $30 billion-plus, according to Bloomberg.

“The acquisition of Motiva Trading and the establishment of Aramco Trading Americas is a giant step toward executing our ambitious global growth strategy, which aims to expand our geographical reach and scale of operations, while further strengthening our product flexibility and optionality,” ATC CEO Mohammed K. Al-Mulhim said. “With the launch of ATA, ATC brings its business closer to customers and provides them significant access to the world’s robust hydrocarbon system, which will significantly strengthen its value chain globally.”

Motiva Enterprises, an Aramco affiliate, has 630,000 b/d of crude refining capacity at its plant southeast of Houston in Port Arthur. The company also operates the country’s largest base oil plant and a network of 25 distribution terminals that deliver fuel to more than 5,200 retail outlets.

Aramco has a large presence in the United States. It employs thousands of people at research centers in Houston, as well as Boston, Detroit and corporate headquarters in New York.

Last year, Aramco agreed to pay $250 million for California-based Beyond Limits, a technology company, to build a global artificial intelligence (AI) corridor. The corridor, as envisioned, would create an ecosystem in the Kingdom by commercializing AI solutions and supporting start-up businesses.